May 2 arrived....
The sun was shining brightly.

The early morning news released a statement that a Princess was born.
We eagerly awaited for the arrival of her name:
Charlotte Elizabeth Diana.

Meanwhile our hearts were eagerly waiting  to witness the
wedding ceremony of
Jeremy & Tara. 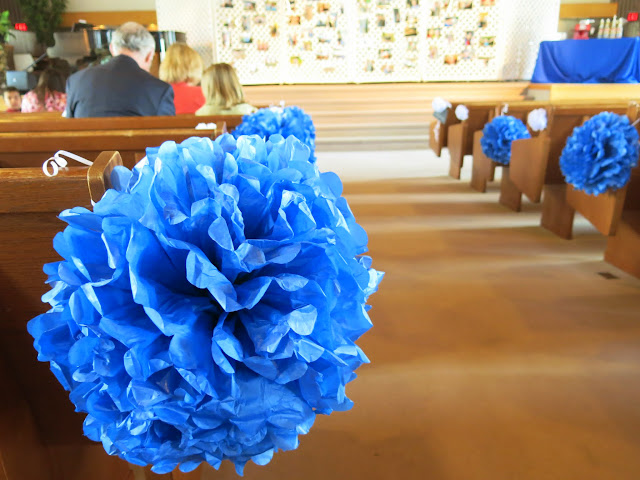 The pews were decorated with royal blue paper flowers.
The back drop had photos of both the groom, bride and the boys. 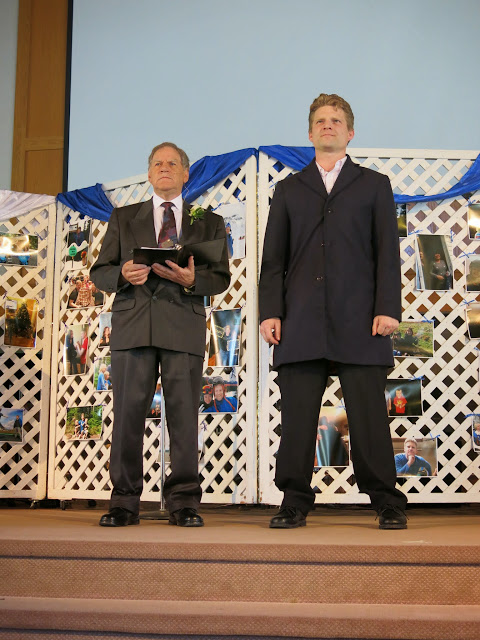 He's standing tall....waiting for the arrival of his 'princess' 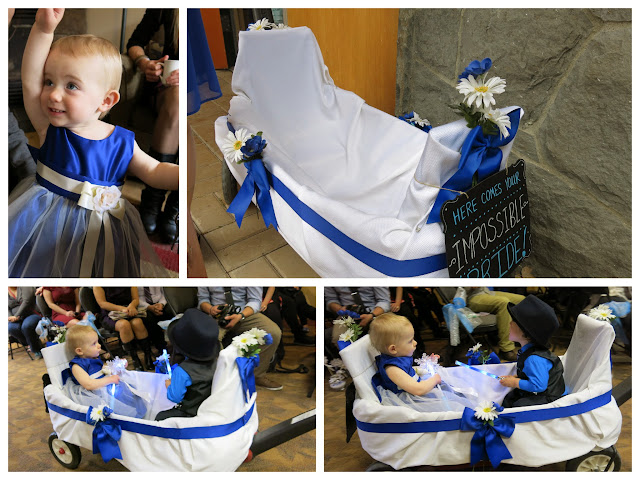 Our princess, Ivy arrived in her chariot and once again she stole the show. 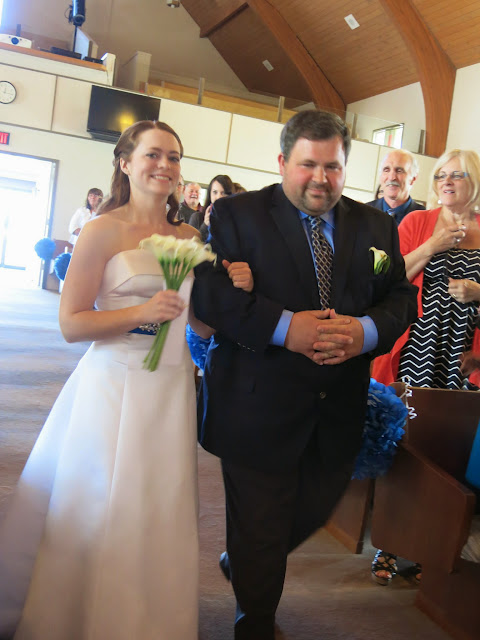 Then, the real 'princess' arrived, with a big smile, looking stunning in her dress,
as her brother Tyler walked her down the aisle. 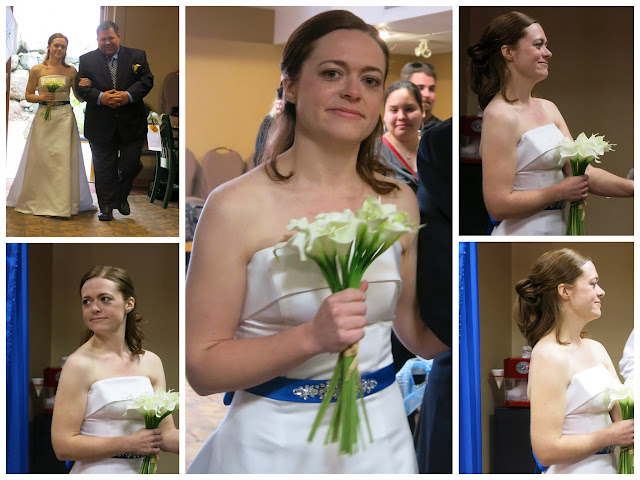 Tara's beauty is felt by everyone as she turns, nods, and acknowledges her guests.
A royal blue sash was worn around her waist, which added a perfect touch. 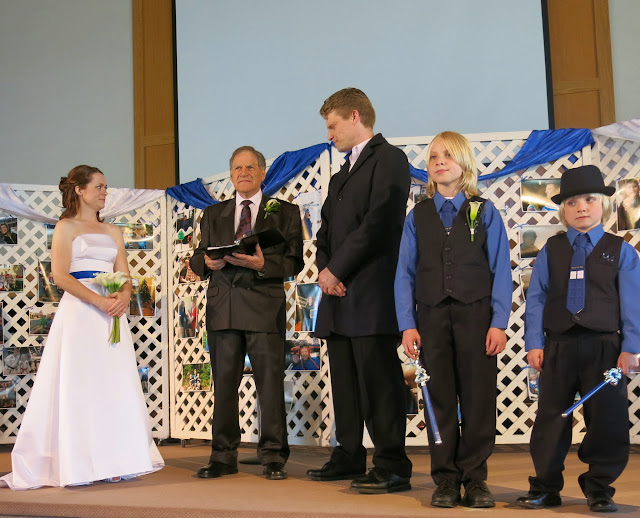 The groom chose his sons to stand by his side.
They acted just like boys...we smiled and laughed. 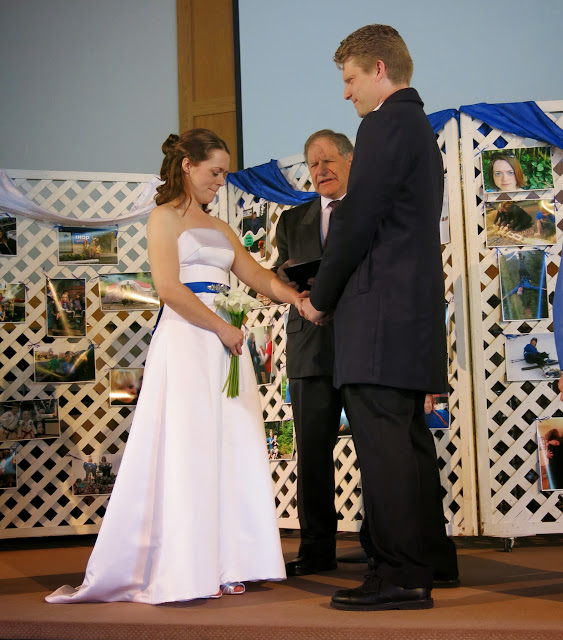 The intimate vows were said...
a few tears were wiped,
and a prayer was given for the newly weds. 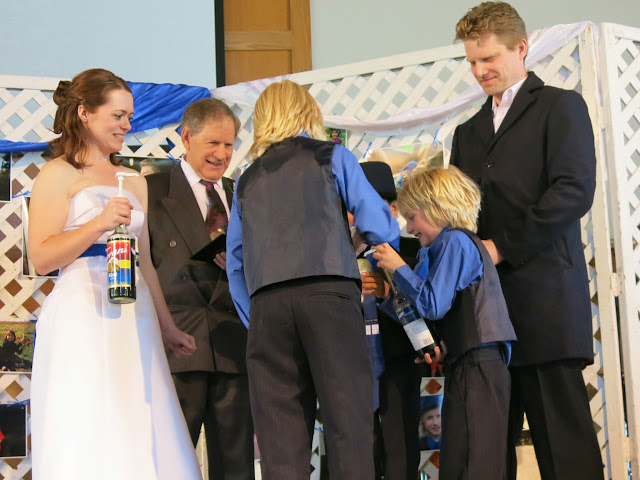 Instead of lighting the unity candles,
they chose to make one snow cone and added four different flavors,
symbolizing the blending of all their personalities. 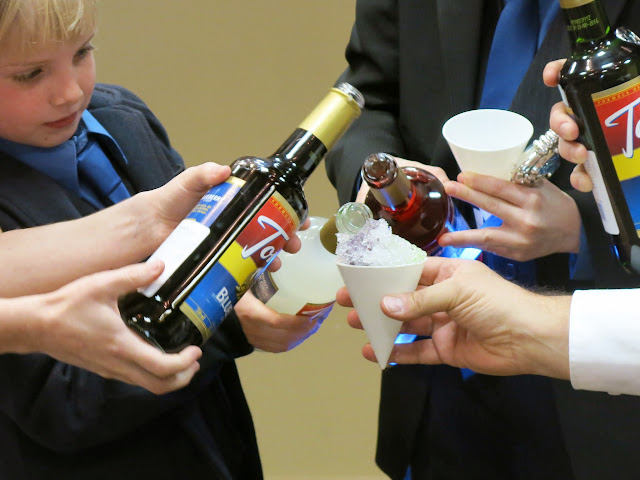 "Now don't spill the syrup on the church carpet."
Only I would be thinking those words. 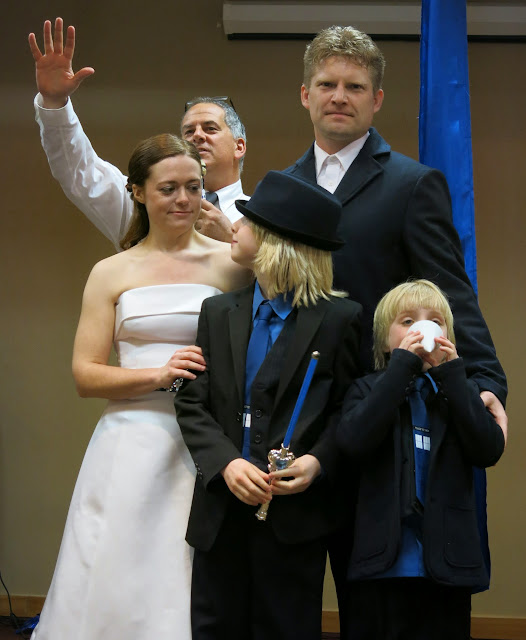 The guests are asked to stand and a
'prayer of blessing' was given to the family. 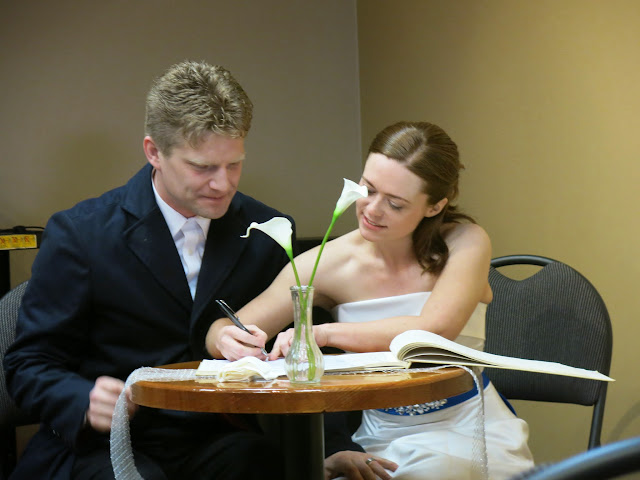 The registry was signed.  It's finally official. 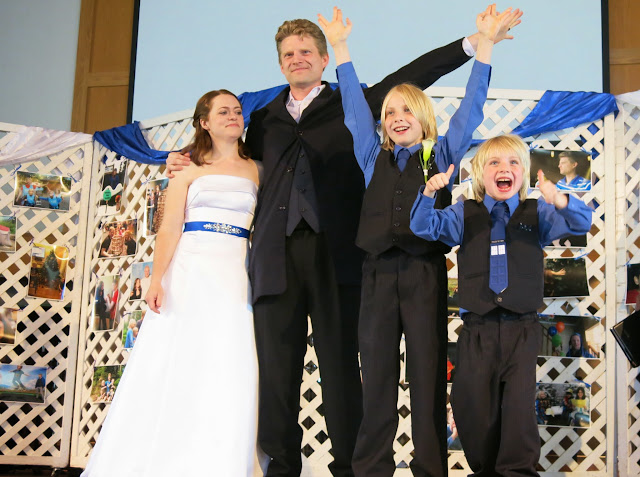 The exchange of rings and  they were pronounced man and wife.
'Mr. & Mrs. Bartel',
And the boys cheered on with enthusiasm. 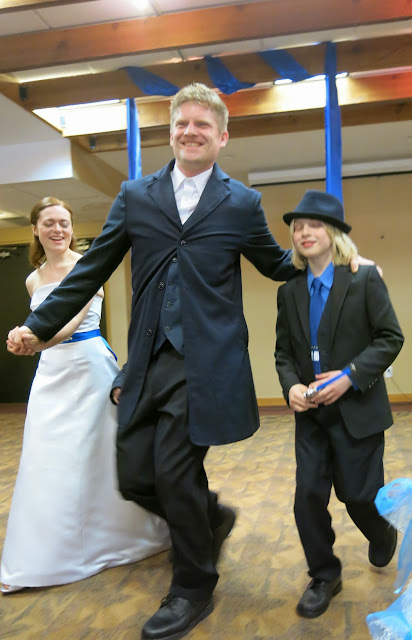 And the happy couple danced down the aisle. 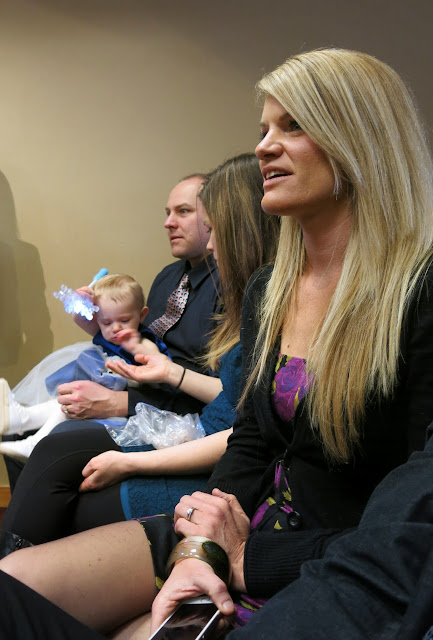 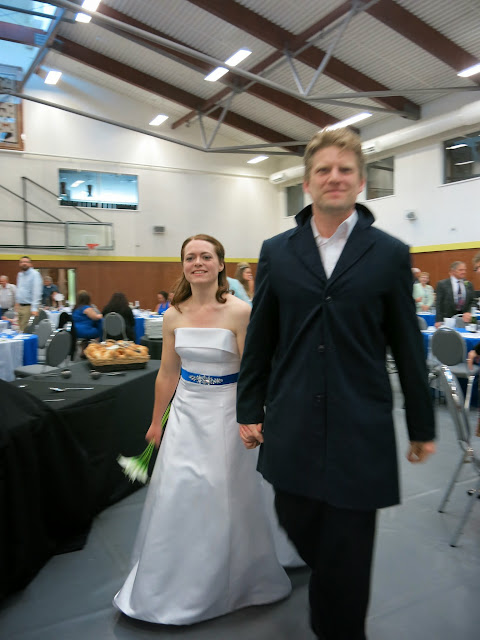 The reception was held in the Squiala Lodge.
This was one Happy Place. 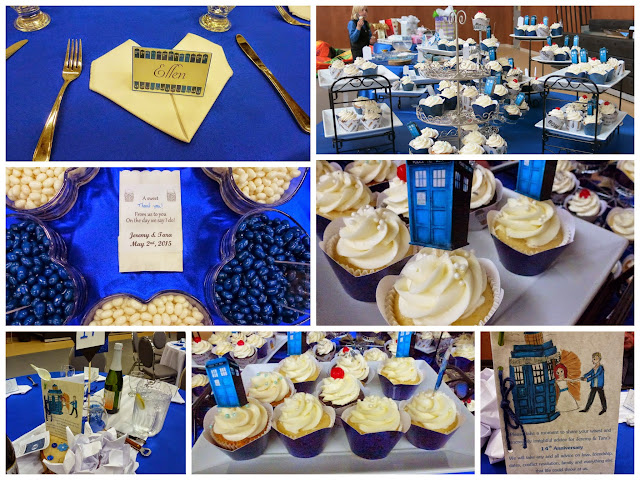 As you entered the hall, you realized quickly that their decor theme
was about the British science fiction television program,  Dr. Who
Royal blue table cloths with white satin table runners.
A candy bar that kept the children happy, as they filled their own bags.
Twenty dozen cupcakes baked by one of our own.

They were freshly baked and decorated with Dr. Who tardis toppers.
If you are looking for a perfect cupcake...check out K's Cupcakery.
Tara obviously loved details and her passion for creativity kept us curious
as she insisted that this would be a simple wedding.
Did I say this was a Happy Place? 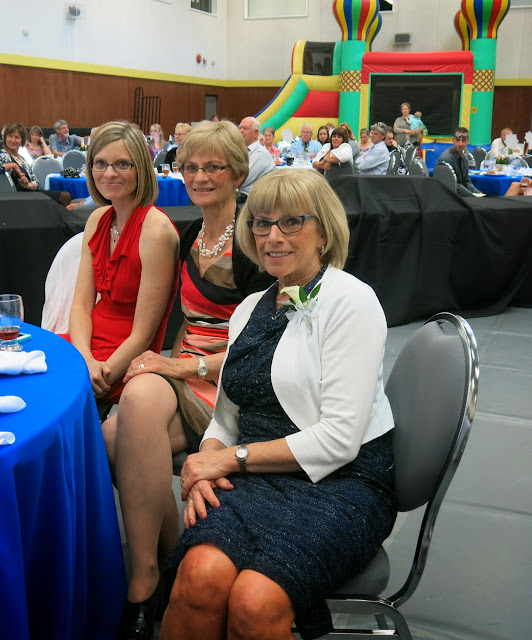 Friends, family, food and fun.
Imagine having your children entertained in bouncy castles while the adults visited. 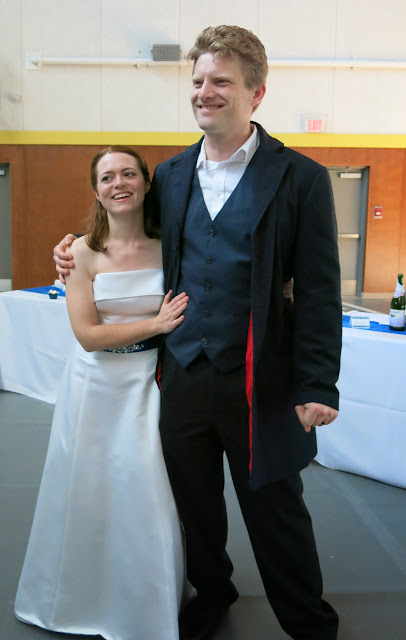 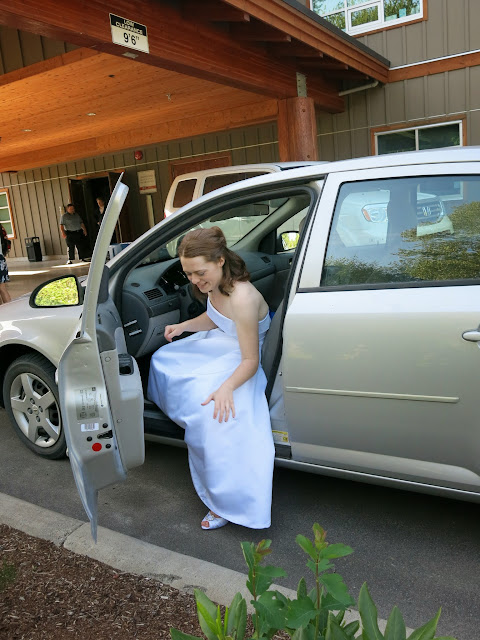 When it was all said and done,
the 'impossible bride' Tara jumped in her own car with her dress
and started organizing the clean up crew. 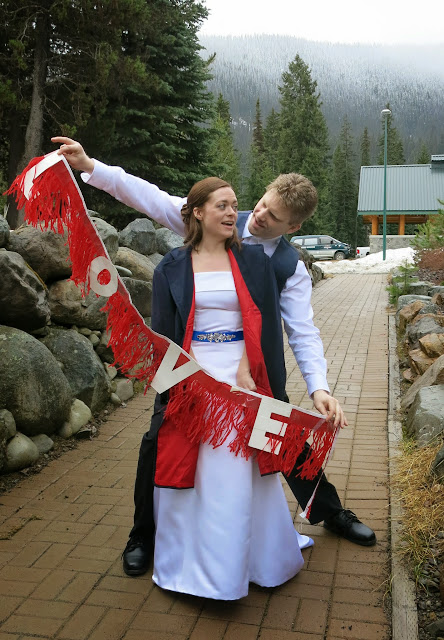 It was not possible for their Opa and Oma to attend this occasion.
But as always, he left you with that special message that Silas read:

"The Lord bless you and keep you;
The Lord make his face shine on you and be gracious to you;
the Lord turn his face toward you and give you peace."
Numbers 6:24-26.


This day, May 2, has truly been blessed with more than one
'royal princess'.