I've had some fun projects this winter...
I've been working my way through albums from my past 4 decades.
I have discovered various hairstyles through the era's.
So I decided to share some of these styles with you. 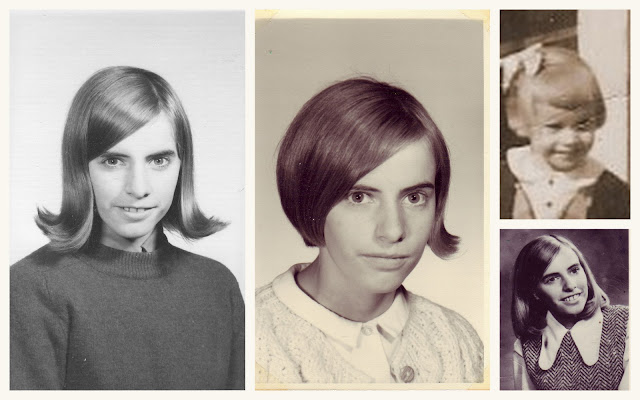 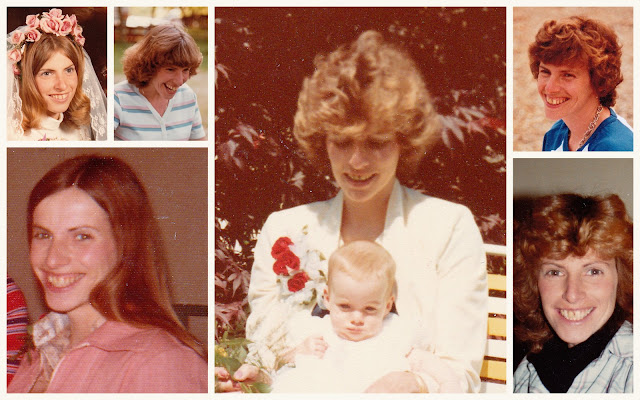 1973-1990
After we were married, I decided to grow it long.
That lasted for about 4 years, and then the kids came.
Remember Farrah Fawcett styles?
The hair was cut shorter permed, layered and feathered.
I'm sure we all have memories of permed hair. 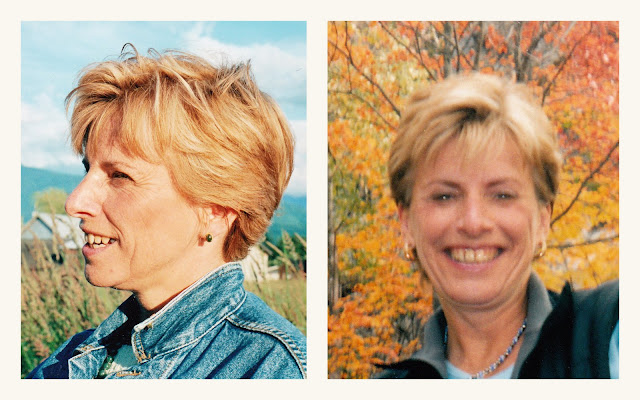 1993 - 1997
I cut and colored my hair and enjoyed the short style.
The gray was uncontrollable at an early age.
I loved how Princess Di wore her hair.
I liked my hair short, but I had to wash and  style it every day.
So, I slowly let it grow back into a bob. 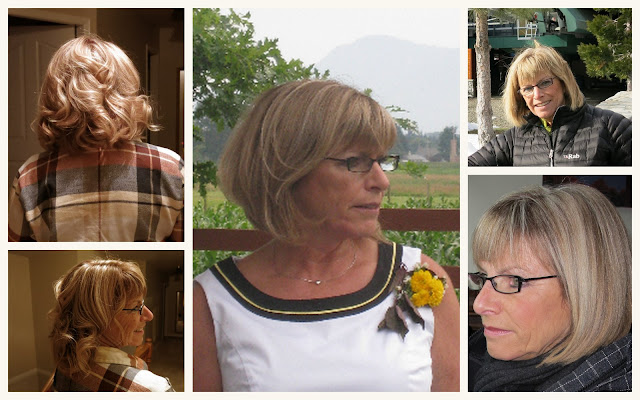 So my hair style looks similar to the first era....
They always say that as you age, you revert to similar patterns of the past.
The beautiful thing about changing your hair,
is that it will always grow back.
So if you don't like your hair, change it!