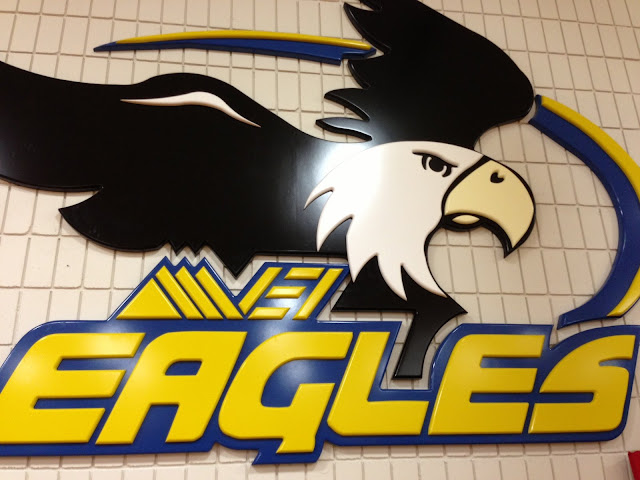 My last few days have found me living in the courts of basketball.
THE MEI Eagles have been known for their top ranking years of success.
As with most teams, success comes and goes.
With every high, there's a low. 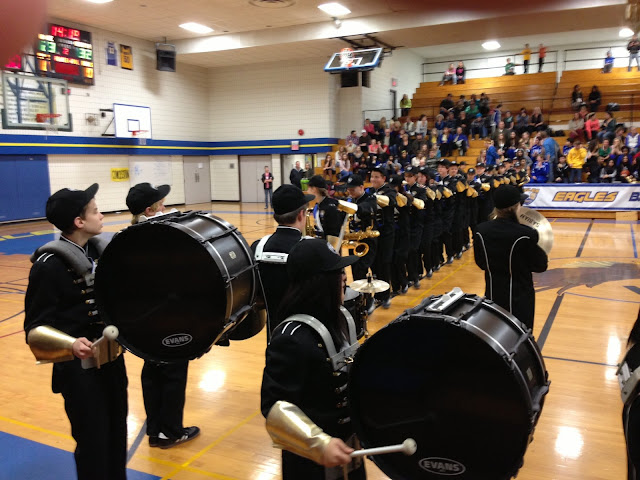 MEI's Screaming Eagles Marching Band kept us all entertained.
The MEI Screaming Eagles are a high energy high school marching band
consisting of students from grade 9-12 from the Mennonite Educational Institute in Abbotsford, British Columbia. The band has performed many high profile events such as:CFL Grey Cup Parade, Rogers Santa Claus Parade, BCHL All Star Game, 2007 CFL West Final,and many more events.
These students may not play basketball...but you can tell, that they love band 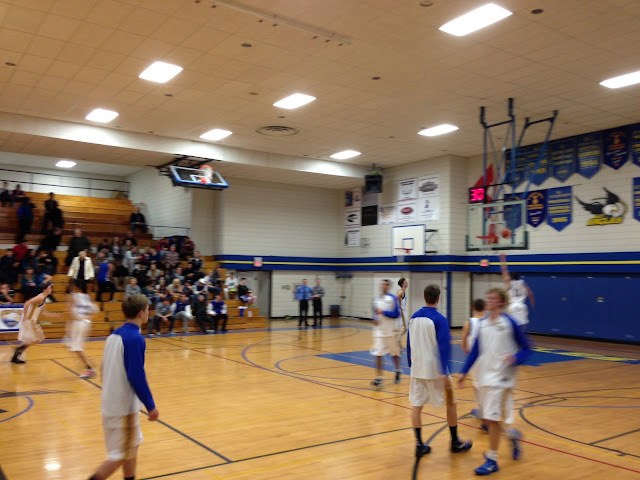 But meanwhile there is a new group of young men working hard,
in developing their skills and passion for basketball.
They are committed to bringing MEI back on track. 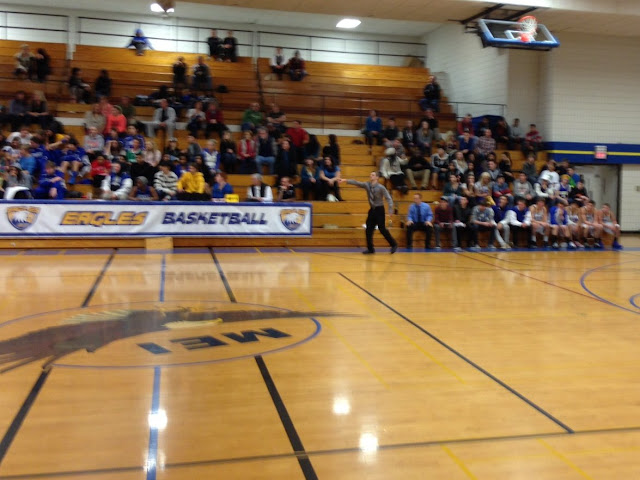 Who is this young man with passion and drive
to commit to such a difficult task of coaching these rookies?
Jon Schmidt, my nephew, who formerly played at TWU,
has taken on the new coaching position.
He plays one hard disciplined game.
He takes pride in his work.
He has the drive, passion and intensity which it takes
to bring MEI basketball fever back to its fans and  bring them to the next level.
We are proud of your accomplishments, Jon and wish you much success. 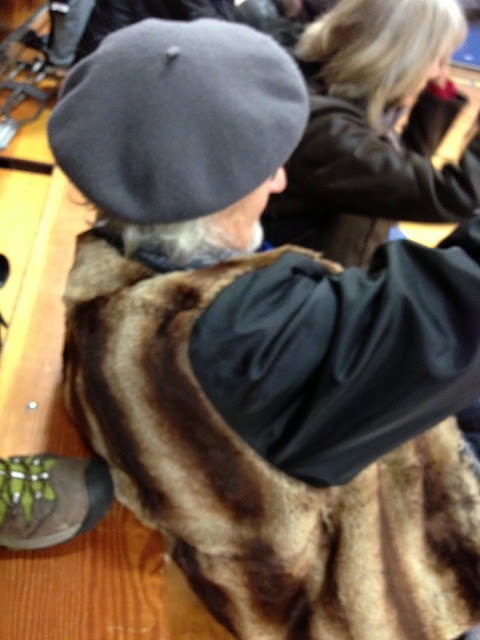 And our Uncle Hal was also there.
He is a former student and fan from the 60's from my brother's era, who loves
basketball, loves the kids and the kids love him.
At times he will hold his hand high in opposition to a referee call. 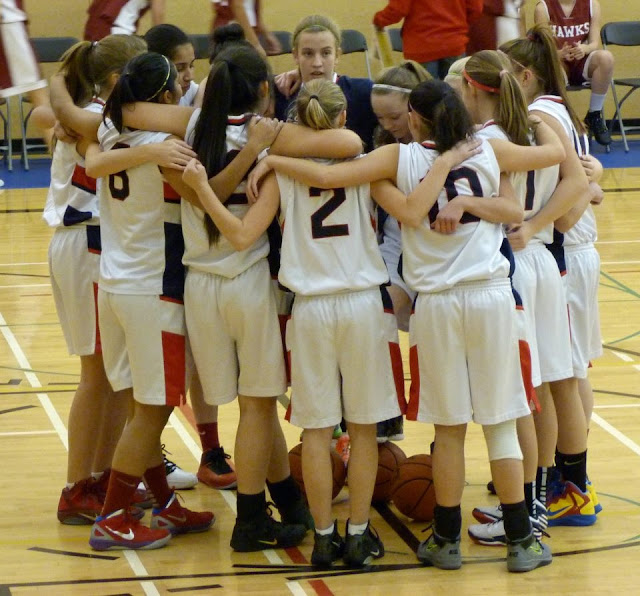 Meanwhile, I also had the opportunity to watch my niece Sarah Martens, (#2) also play
this past week for the Yale Secondary Team.
She has just recently recovered from an acute attack of appendicitis.
Sarah, you had a great game and a great win.
She's got the spunk and energy which will contribute to their success.

So the slogan says, Basketball is Life!
Today, a few of us would argue with that motto...., 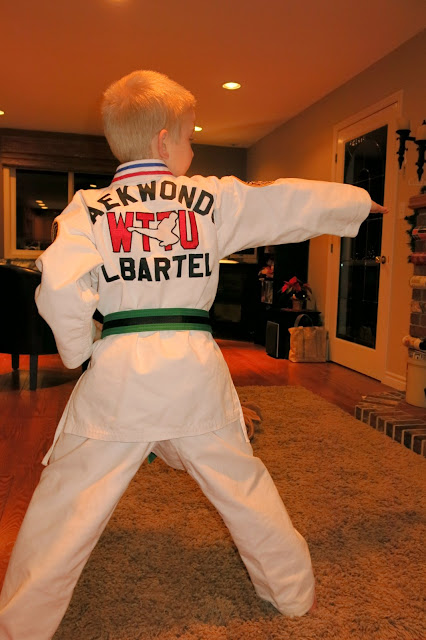 as I watch my young grandson, Levi, skillfully compete at the various levels.
He has just been rewarded a high honored leadership position for his age level.
I love watching him make his technical moves as he supports younger children,
giving them encouragement and helping them rise to the challenge.
Martial arts allow individuals to grow physically, technically, mentally and emotionally.
It centers on fostering positive life skills and character development. 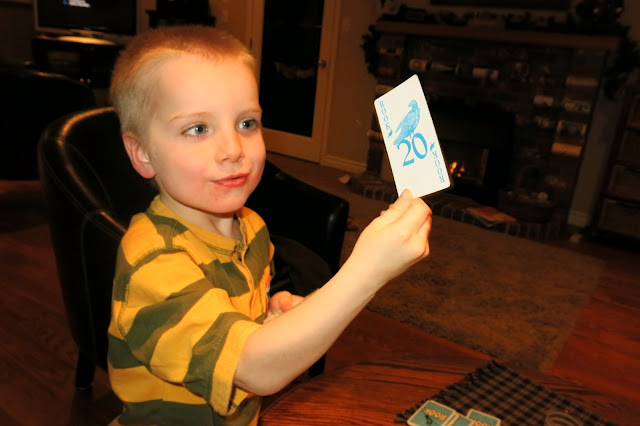 Meanwhile Silas is not sure what he likes.
He likes a "Nuffing Day" at our house.
("Nothing Day")
where we teach him numbers, by playing with the Rook cards.
He loves to compete and flash his Rook.
He is orderly and keeps his cards stacked in the same way as I do. 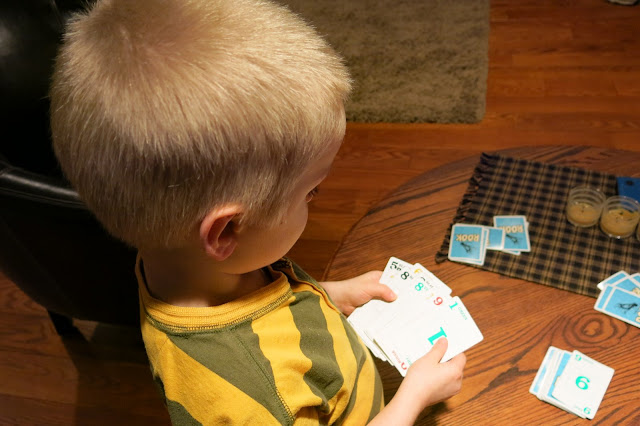 He's knows his numbers, his colors and suits.
And he knows the rules.
" A card laid, is a card played."
One thing I can guarantee, he won't give up his pointers.
He loves a competitive game just like I.

Some may argue my point, but...
Who says there's no life beyond basketball?
I can't believe that I am really saying this...
after all those years of playing ball myself.
It's all about perspective!