You've all heard of the game Angry Birds?
It's an APP/game which you can download and my little boys love it.
As soon as they come over, they want to play Angry Birds on my IPAD.
Today this little fellow came bounding up the stairs to show me his new shirt. 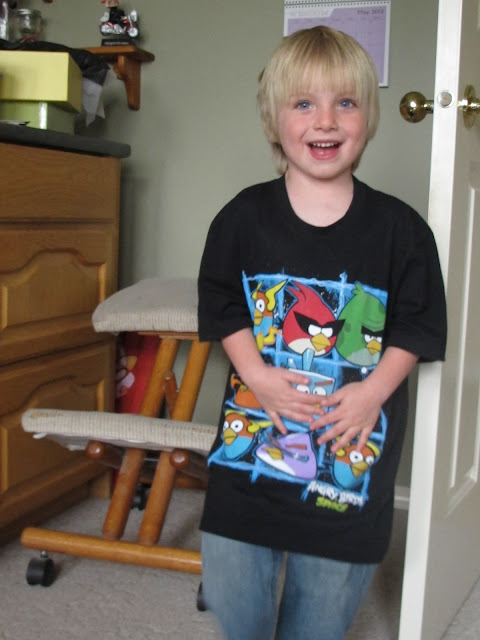 little did he know that I was preparing this blog. 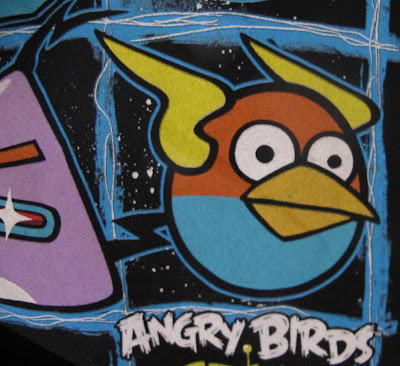 Yes, there have been a few Angry Birds around this place. 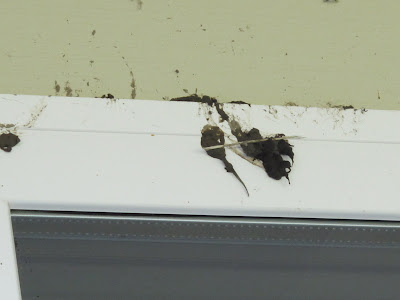 I've been working hard at completing my 'to do list' before my guests arrive from Europe.
I've been on a rampant cleaning rage. 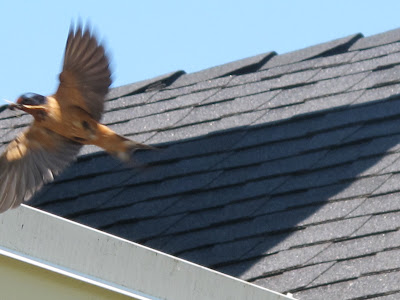 You've got all the evidence.
With some big events happening, this summer,
I've been busy cleaning windows inside and outside till the Angry Birds appeared. 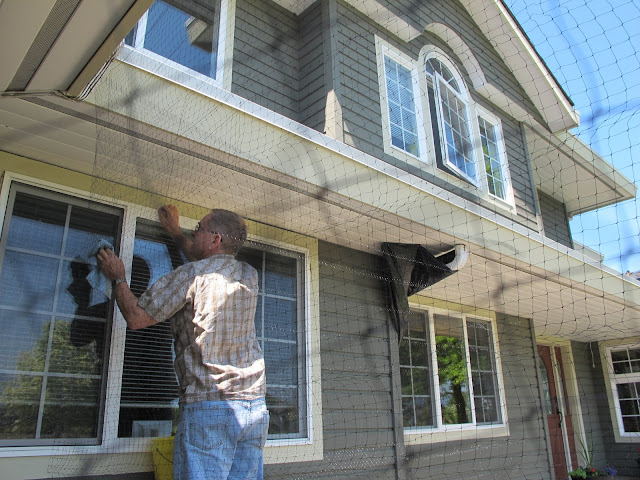 I found this Handy Dandy Man, and he came immediately to my rescue.
As you can see he began to veil the house with black netting,
trying to redirect those Angry Birds.
Just as he finished one window.... 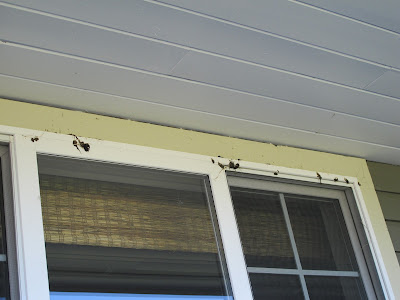 they spattered the second window...this was all in a matter of hours. 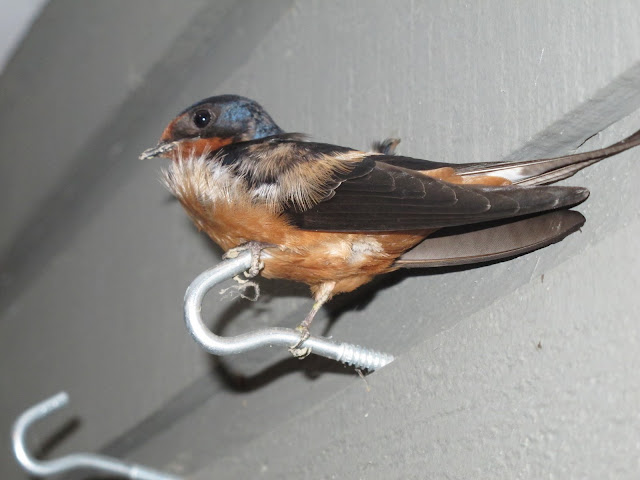 At night time, I checked....only to see him perched on one leg resting.
I called Mr Handy Dandy, and said, "It's our turn...let's capture him."
We both did not have the heart...we were only in a hands' reach. 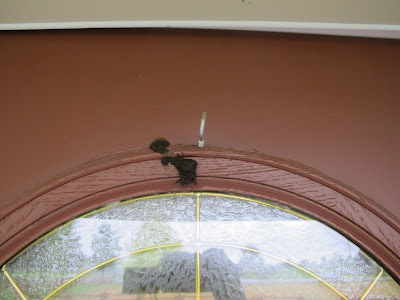 The next morning, I opened my front door.
and the whole neighborhood heard my angry voice.
"Was it Angry Birds or an Angry Housewife?" 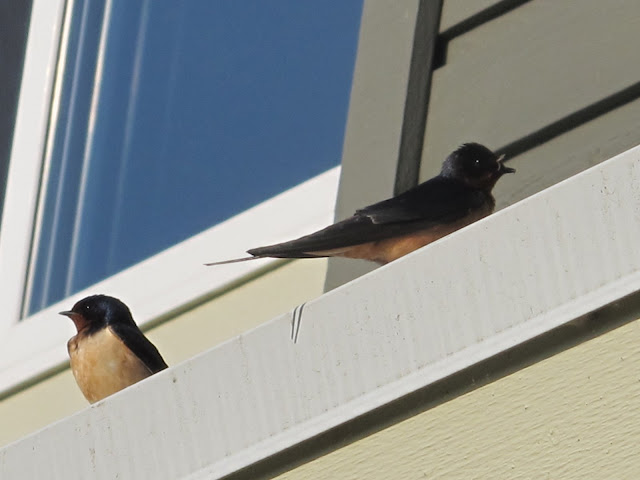 You have to admit, they do look sort of cute...
just not on my front doorstep. 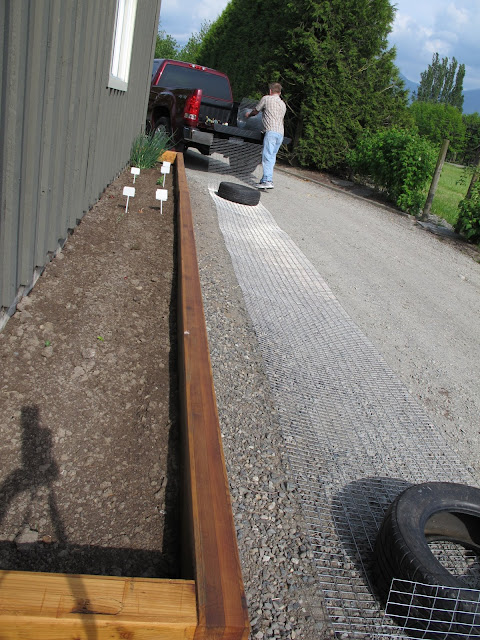 The story continues....
I walked to my garden and noticed all my lettuce was gone.
Mr. Handy Dandy quickly took me to the CO-OP,
and we bought rabbit wire. 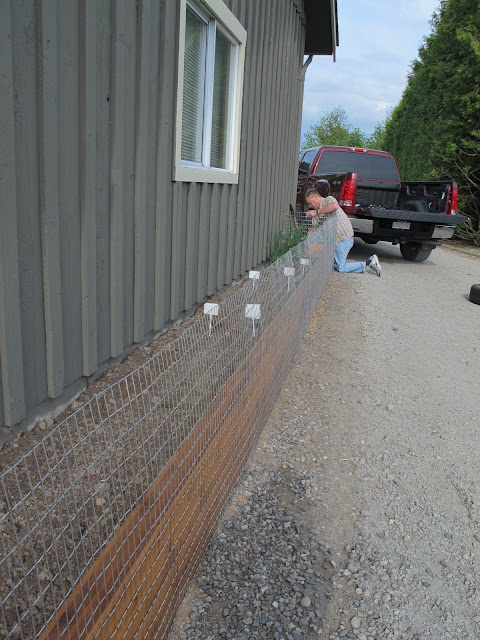 Together, we assembled the rabbit wire in hopes of growing a garden. 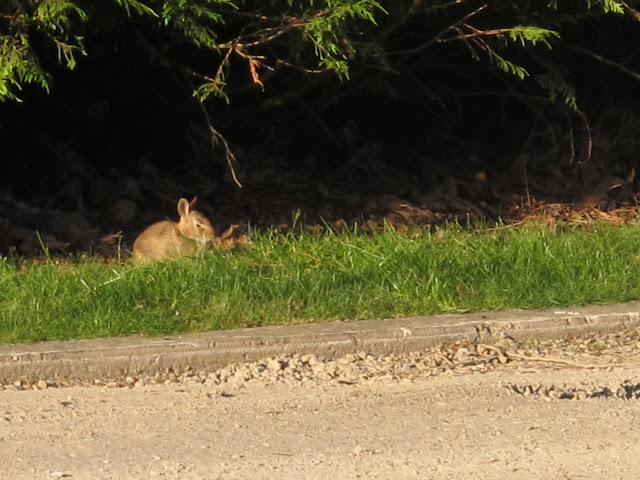 Next morning, I peaked out early...sure enough, there were many
rabbits running along the tree line waiting for there feast...
I think we outwitted Peter Rabbit. 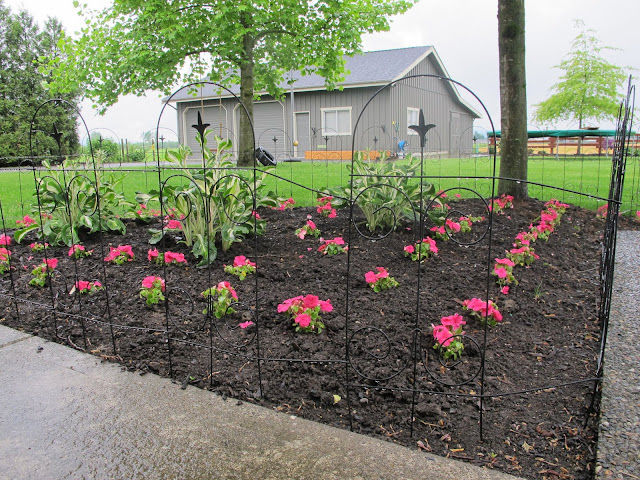 Just when I thought.....we were almost finished...
it dawned on me....The Dog, known as Drift loves to protect his domain.
I did not say much...
Mr. Handy Dandy, quickly put up a fence.

Oh and by the way...tonight a friendly neighbor man
saw my pleading attempts and captured the Angry Bird.
He sent him on to a new home.
Beware if you see some Angry Birds hanging around your place.