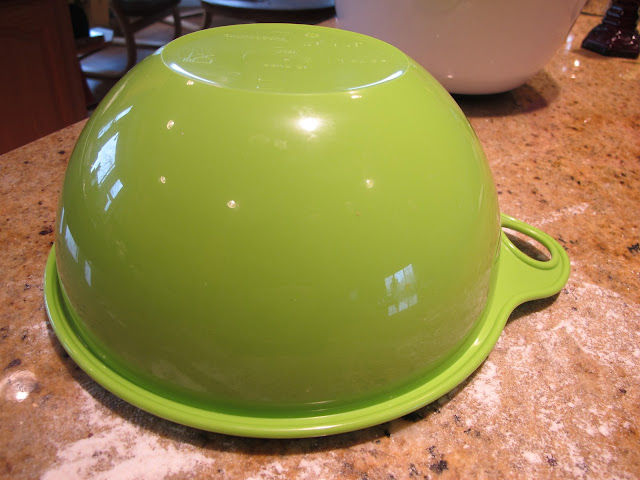 My day started early as I watched a video, demonstrating noodle making.

Check out the  MGCC FB link and look up Deb Loewen's wall. It sounded like her husband had a day in the life of a Mennonite Kitchen!
"Taking a page out the successful "Mennonite Girls Can Cook" cookbook, I guide you through the making of kielkje." Try to catch Rick's version.


You need to take a minute to view this hilarious video...I laughed and laughed and laughed and finally became motivated to give my hand at making noodles for the first time ever, only from scratch, no hooks, PTO shafts or neck ties in this house.  I think we need to call Worksafe BC.
In our home, my mother made them and gave them to us...why would I bother?  But she's moved along many years ago. 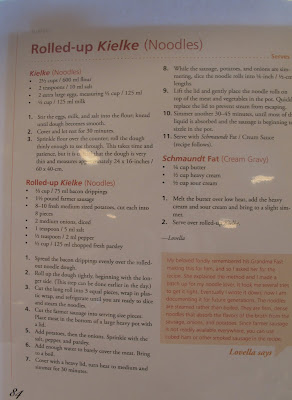 So I pulled up Lovella's recipe...but now I realize it's the recipe from the blog, call Kielke/Noodles. 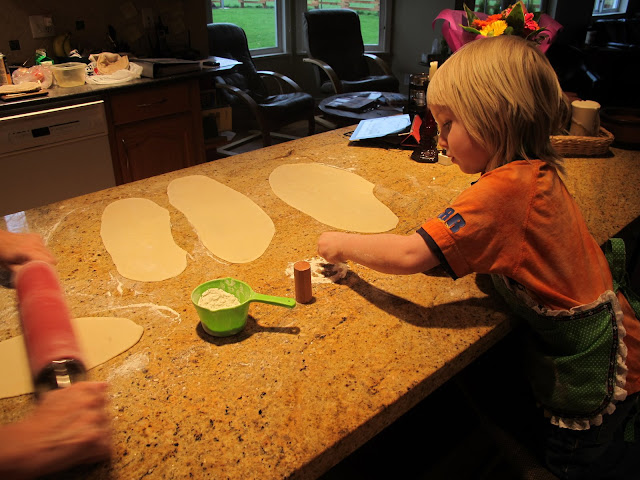 My grandson came over  and I thought I would be creative and make a new version of play dough, at the same time making something productive from the dough and of course he was all over it. 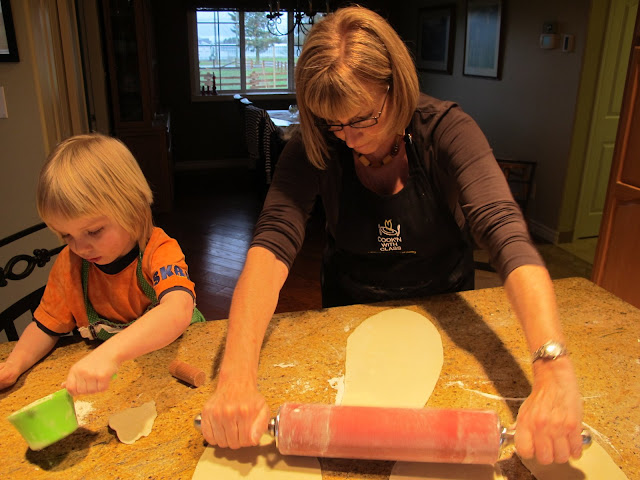 I had my rolling pin and we found him a wooden piece of  dowel which worked perfectly. 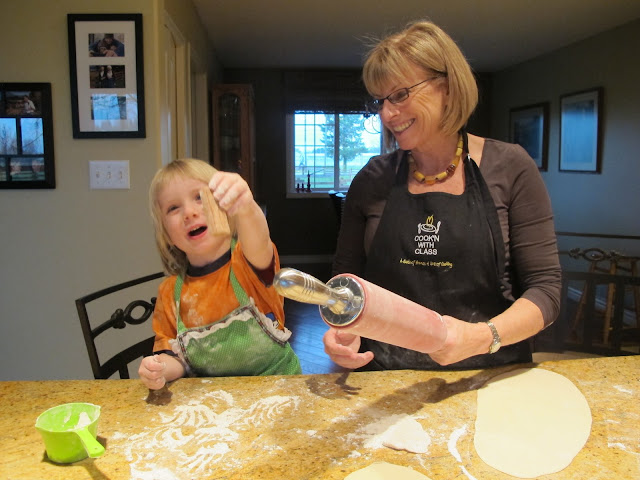 While I created my long lopsided neck ties, he worked on making his own project, loving the feeling of playing with flour and dumping it all over the floor and creating his own craft. 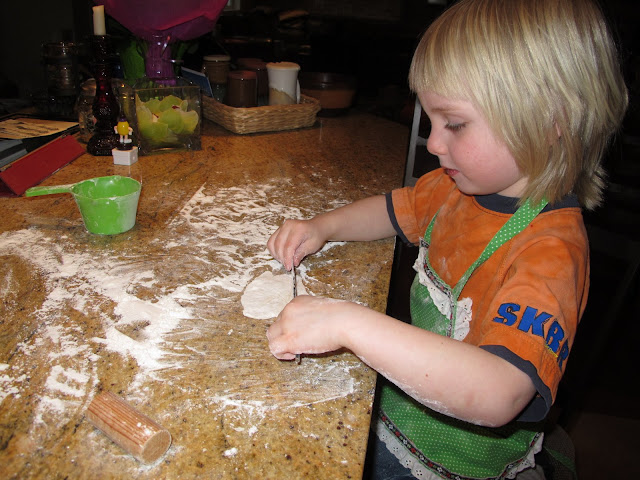 Then it was time to cut...and cut he did, while flour flew from all ends of the kitchen.

I had my version of noodle making and he had his own.  He kept me smiling! 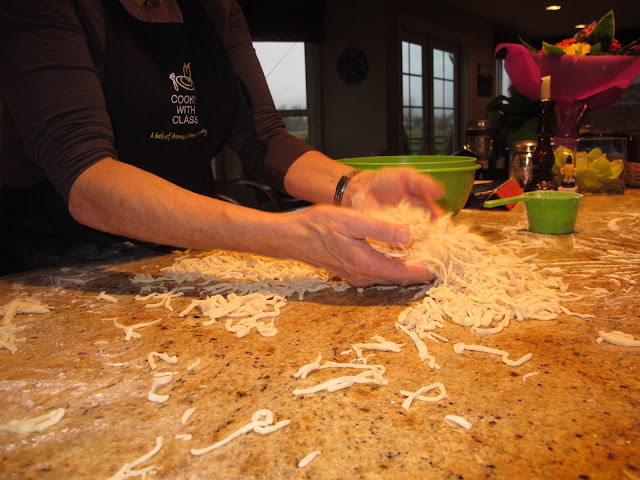 Meanwhile I floured the layers of dough and began cutting, realizing if they were not floured enough, they would stick together as glue.  Isn't that how they used to make glue, flour and water? 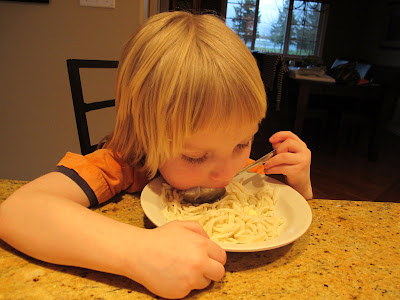 I cooked them just as Lovella said, and dished them all out...and they schmeckt gut! 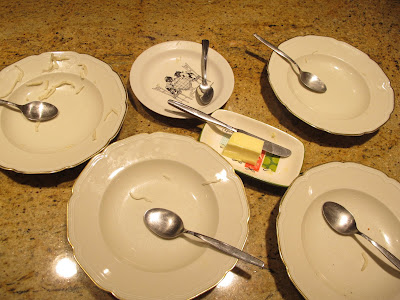 Five minutes later,  no more noodles.
I quickly started  checking out the Bosch attachments on my IPAD!
Three hours of work and they were gobbled up in 10 minutes.  There must be an easier way.
Thanks Lovella for your tutorial, I just took it one step further. I think somewhere you mentioned that when making noodles, make sure you have a crowd.  It was entertaining indeed.