How does one celebrate a 100th birthday?

It did not take long...suggestions were given to us by friends and families.
Birthday Certificates... Global News... Mayor representation...
The agenda for the 100th birthday began to unfold.
Ideas and suggestions followed quickly.
The invite list was made and it continued to grow. 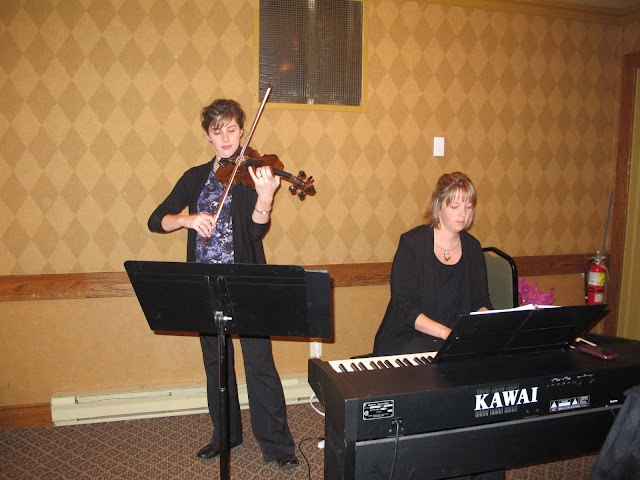 As you walked into the venue, you were welcomed by the soothing strings of classical music.
As someone said, "That's such a beautiful gift for Papa."
Papa always played his violin which was displayed on the table.
Later in the evening they accompanied us as we sang Papa's favorite hymns.
Thank-you girls for adding a special touch to a special occasion. 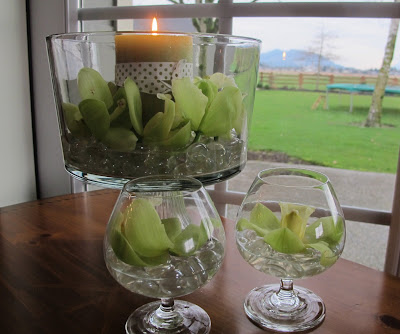 Bouquets of orchids became the centerpieces for the head table,
draped with white linen table cloths. 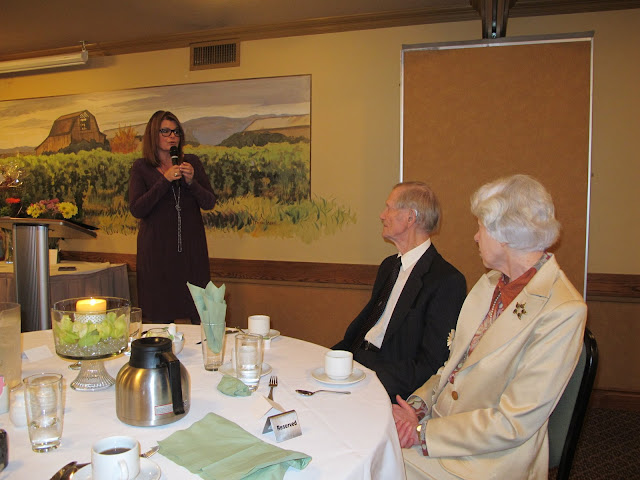 We invited Chilliwack's Mayor, Her Worship, Sharon Gaetz
to present the honorable birthday certificates from the country's dignitaries. 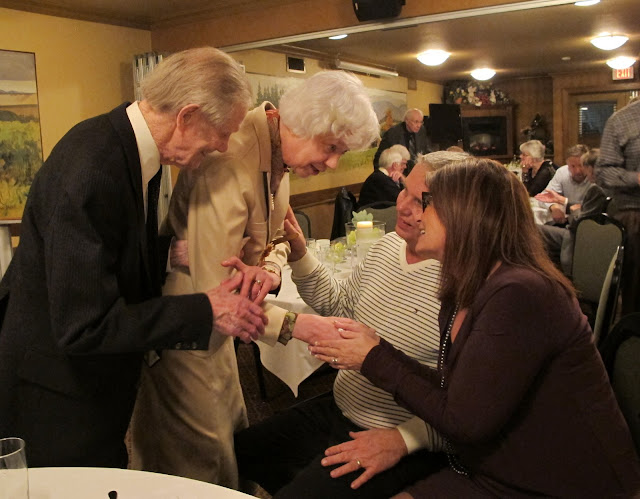 Papa has always enjoyed news and politics as he exchanges a few words of wisdom. 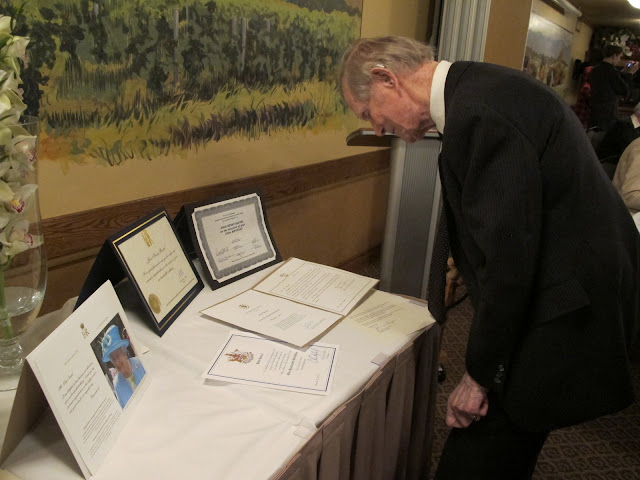 He proudly takes a few quiet moments to admire all the birthday wishes
sent by the Queen, Prime Minister, BC Premier,  and other local representatives.
He was overwhelmed at the response.
He said, "I was hoping the Queen would send one." 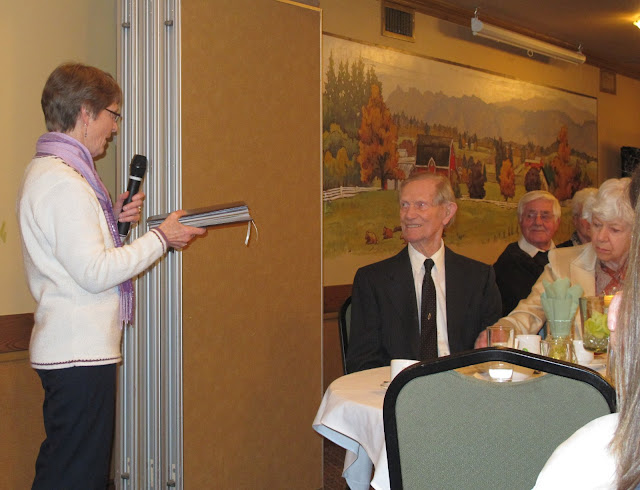 Sister Trudy presented an album that the family put together,
each contributing pictures, poems, tributes and birthday greetings.
A keepsake for life! 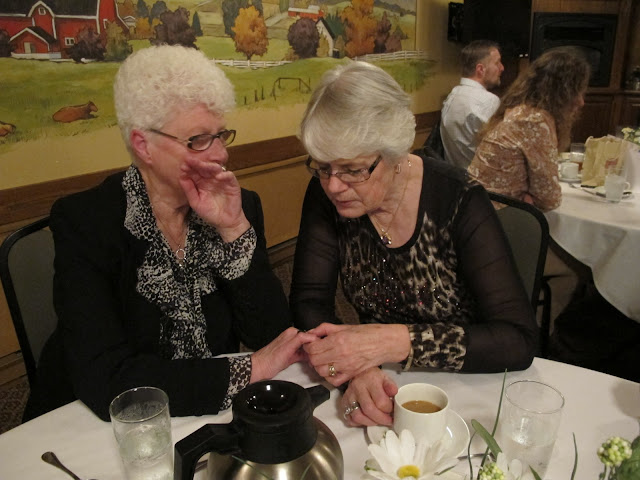 These two sisters of Helen's are always up to something.
You never know what to expect. 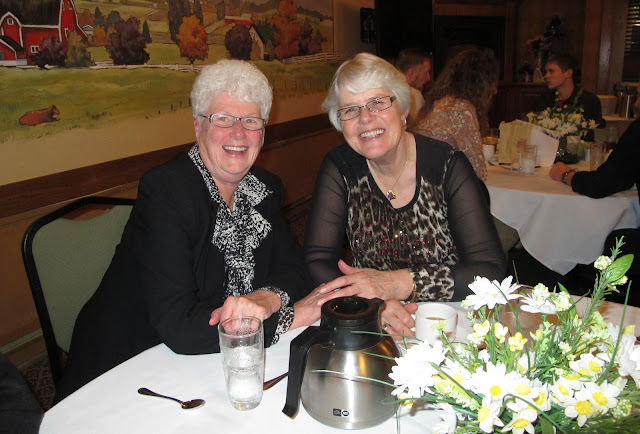 These sisters may not publicly share their words, but there laughter is contagious. 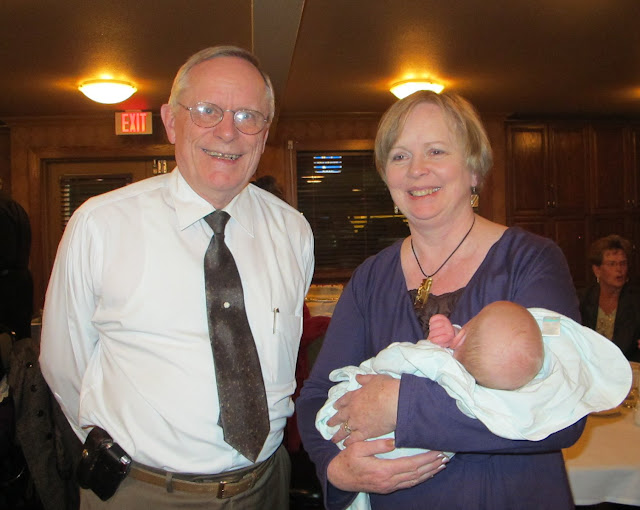 Brother Peter, proudly spends a few moments with his youngest sister, Connie,
who is proudly showing off her youngest grandson, Kaleb.
Peter wove Papa's favorite thoughts and legacies into a short devotional. 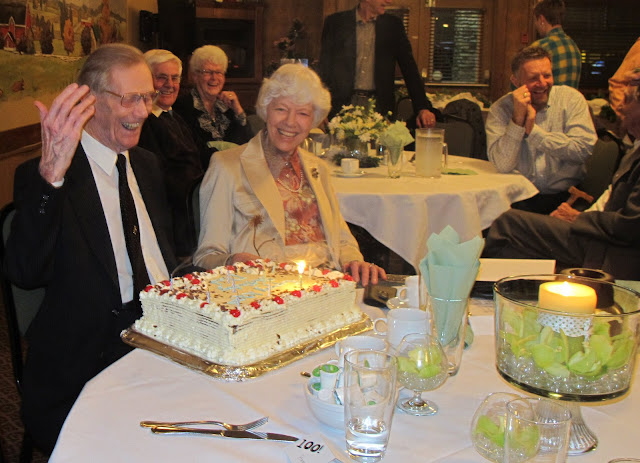 Another birthday cake...
and he just could not get enough.
We sang Happy Birthday again! 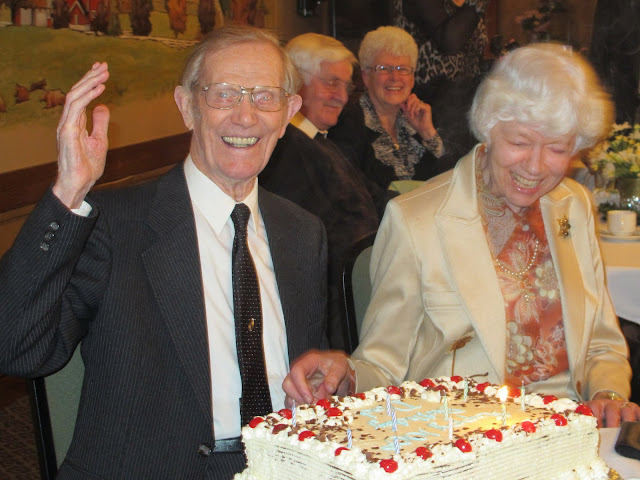 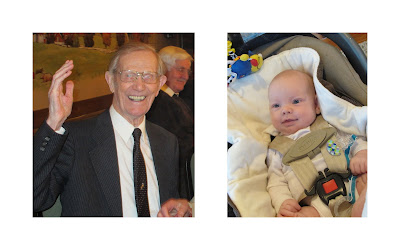 Here we have Papa, at the ripe age of 100 years old
with his youngest great grandson, Kaleb at two months of age.
And we know that Papa will continue to pray for the young ones.

The question was asked,
Papa, what's your favorite motto?
He stopped and thought for a minute...
"Gott kann!"  meaning God Can!
Papa was involved in the war, and he explained how at the end of World War two,
C.F. Klassen, a Mennonite helped sponsor and paved the way for his family to come to Canada.
Inspite of the many challenges  and difficulties, Papa's faith remained
steadfast in that he continued to believe, "GOTT kann" 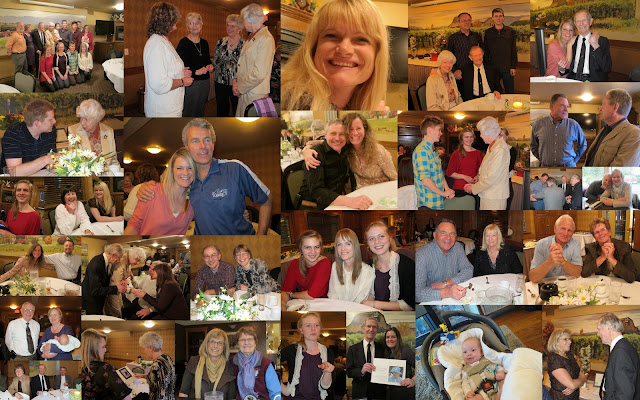 Papa, what verse do you want to give to the future generations?
"The LORD bless you and keep you;
the LORD make His face shine upon you and be gracious to you;
the LORD turn His face toward you and give you peace."
Numbers 6: 24-26

Thank-you Papa for your benediction and legacy.
May God's blessing shine down on YOU!