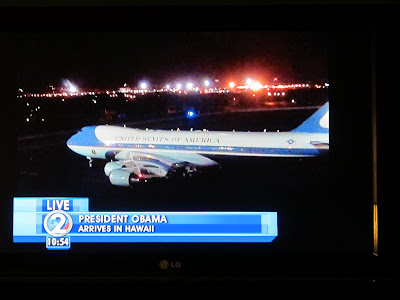 We waited with excitment.
We had been anticipating this weekend to be somewhat unusal,
with the gathering of the the dignitaries coming together for the
Asia-Pacific Economic Cooperation Summit to be held in Hawaii, 2011.
Little did we know that he would arrive in in the small town of Ko Olina,
a small resort for tourists fleeing from the tourist filled beaches of Waikiki. 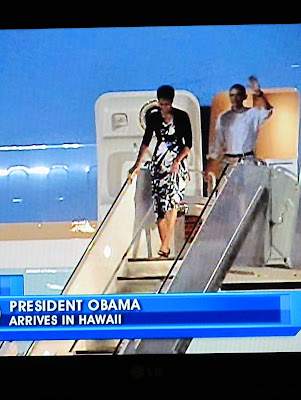 But what we did know, was that 'Air Force One' was to arrive
at about 10:40 pm Friday evening, November 11th at the
Pearl Harbor-Hickam Airport.
Those details had me slip out on my balcony at 10:30 pm,
waiting, watching and listening for the sounds of engines.
Sure enough...the 'Air Force One' glided over our hotel,
just as the local networks had indicated. 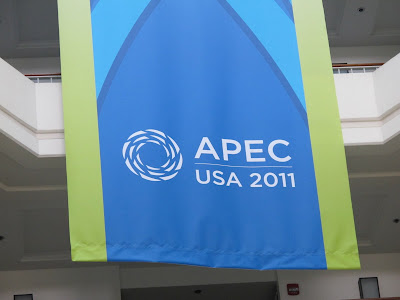 Hawaii was chosen to host the APEC Summit 2011. 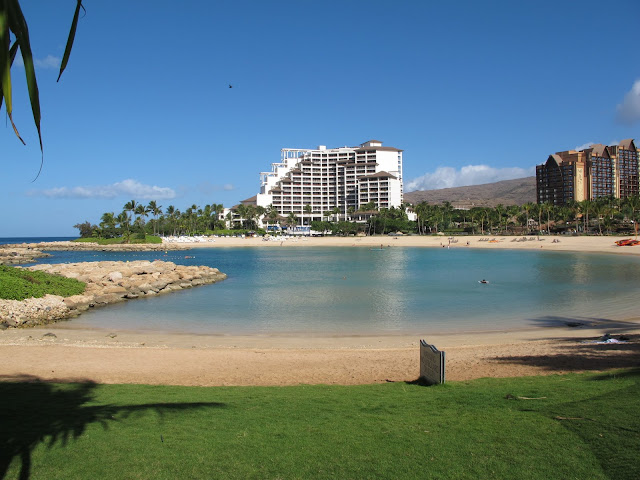 There, on the distance shores, stands the Ihilani  JW Marriott Hawaii Hotel,
the prime location property of Ko Olina,
where President Obama and Prime Minister Steven Harper,and Delegates
would continue there discussions of regional issues including trade and economic cooperation. 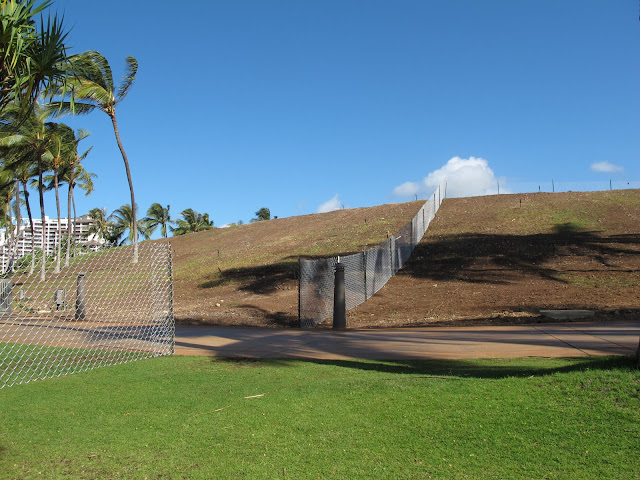 I was used to walking the three mile ocean promenade every day...but not today.
The barriers became apparent and security made itself obvious.
It made me feel restless and anxious. 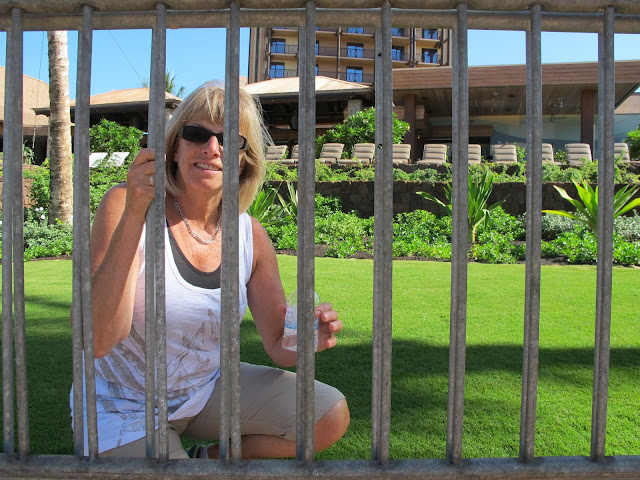 But for some reason, today, I was feeling somewhat barred from my peaceful morning walk.
Where would I find my morning coffee and newspaper? 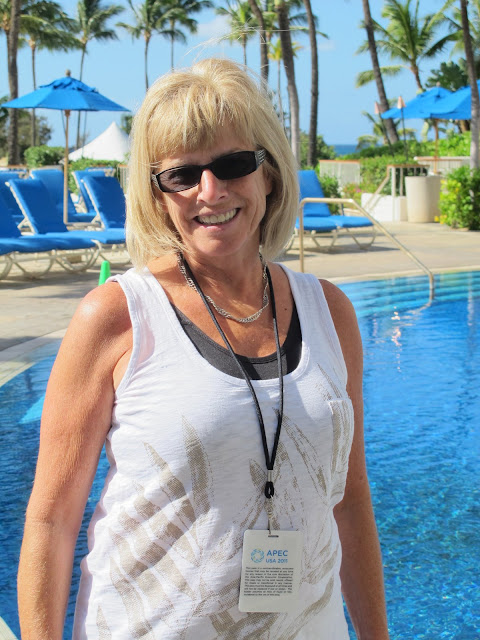 But, not for long...I smuggled myself through the gates,
posed with an APEC ID and carried on my daily duties.
I thought I would make one quick final inspection of the Ihilani Hotel. 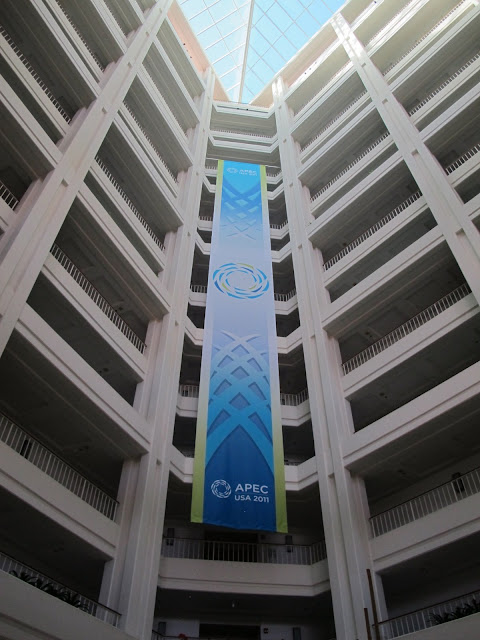 When you walked through the front lobby,
one was most heartily greeted by a beautiful poster draping over the triangular pillars. 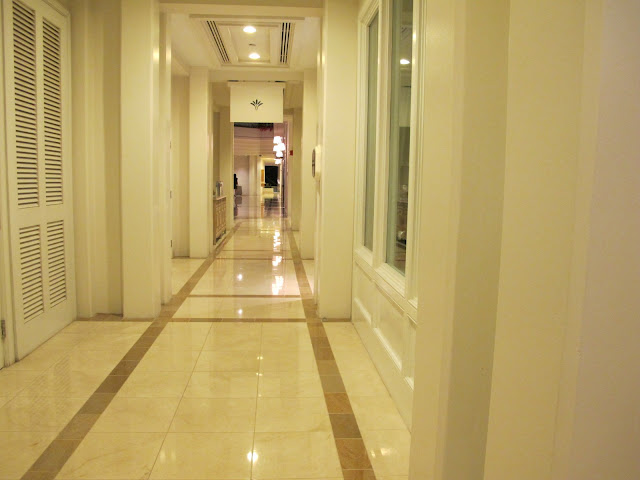 The hallways and corridors were sparkling clean.
I had observed extra cleaning crews giving careful details to the lobby. 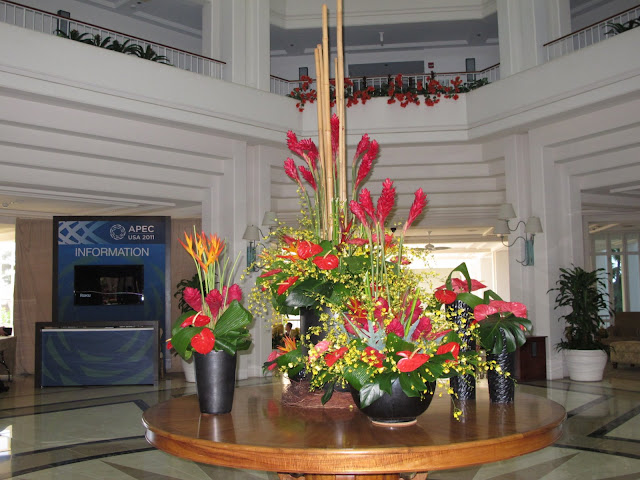 The front lobby table was covered with the most exquisite Hawaiian floral bouquets. 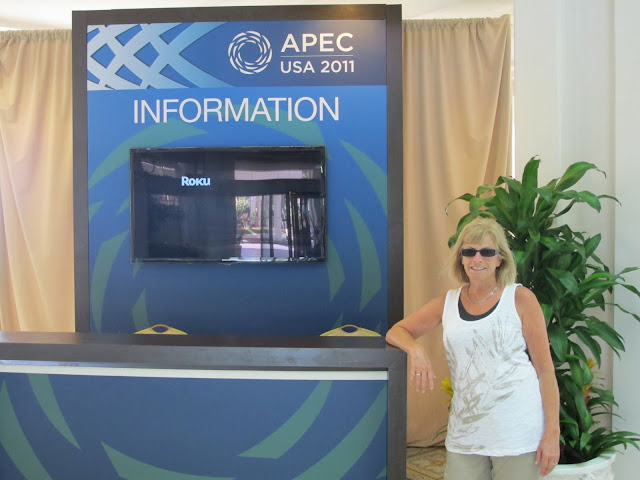 And guess who greeted me at the Information Desk?
It felt like another work day at the office.
I think I should of considered changing my attire for the Presidential event. 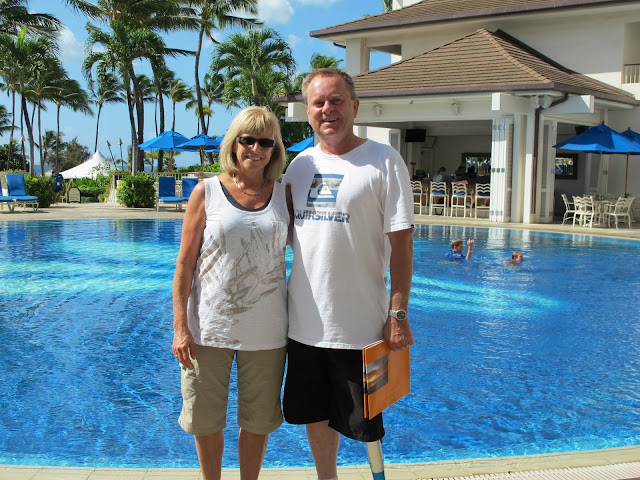 It would of been nice to have taken a quick dip...but by now,
it was time to take one last glimpse and head to the airport. 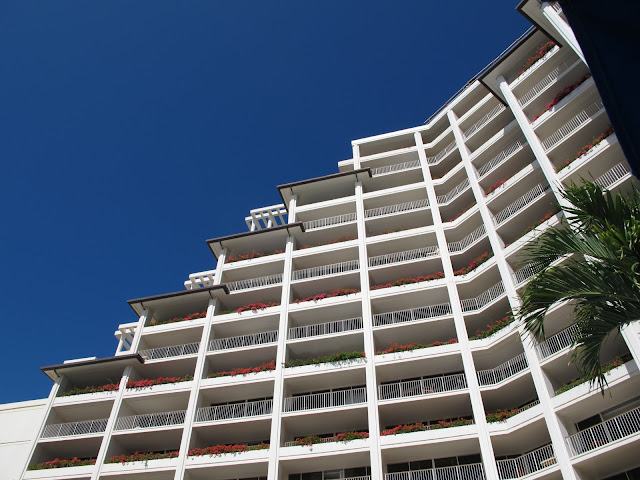 One magnificent resort hotel in a quiet spot on the island of Oahu.
I'm sure our Presidents and Delegates could also feel the warm Pacific welcome. 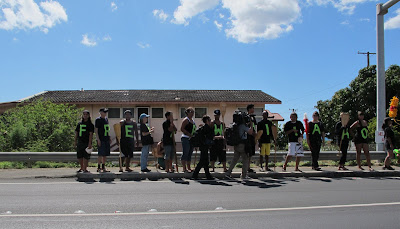 On our way to the airport we were greeted by protestors, waving, smiling and cheering. 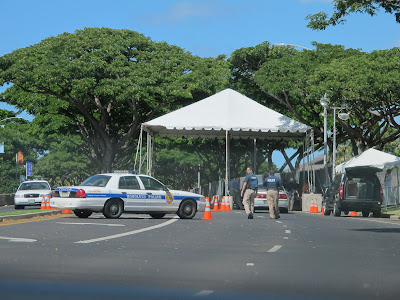 But it wasn't for long...and we were stopped by security and police force.
We flashed our Canadian passports, smiled and sped along. 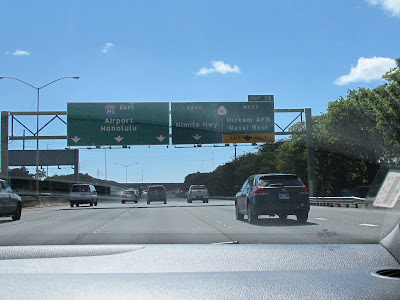 This was an unusual, yet very memorial event for some
Canadian citizens who love the Islands of Hawaii. 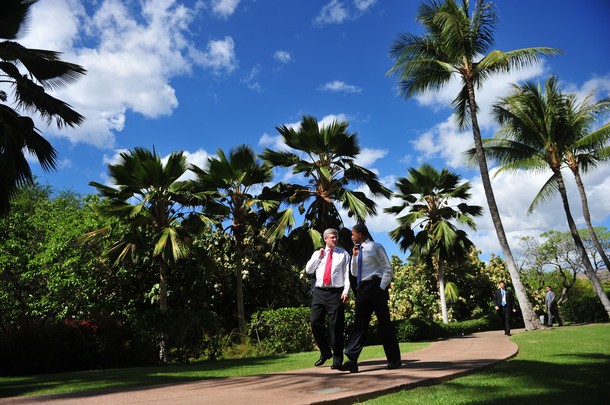 Getty Images
May God continue to give our leaders the inspiration, wisdom and spirit to work together.