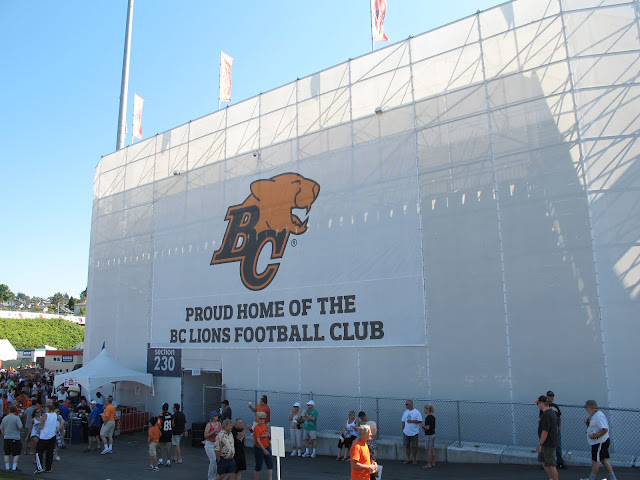 It was the first time in many years that I could sit nestled under the canopy of the Empire Stadium.
Years back when I was just a little tyke...
I remember my Dad purchasing a TV, so that we could watch Football, Hockey and Bonanza!
The Lions played their very first game in the Empire Stadium in 1954.
I can still remember the days of these retired players...I was so impressed with their long yard runs.
I was probably about 10 years old...but I will never forget these names.
#15 Willie Flemming 1959-1966
#22 Joe Kapp 1961-1966
Years later when we were married...we had seasons tickets, but only till the babies came along.
#30 Jim Young 1967-1979
#5 Lui Passaglia 1976-2000
These were prominent names of the next era! 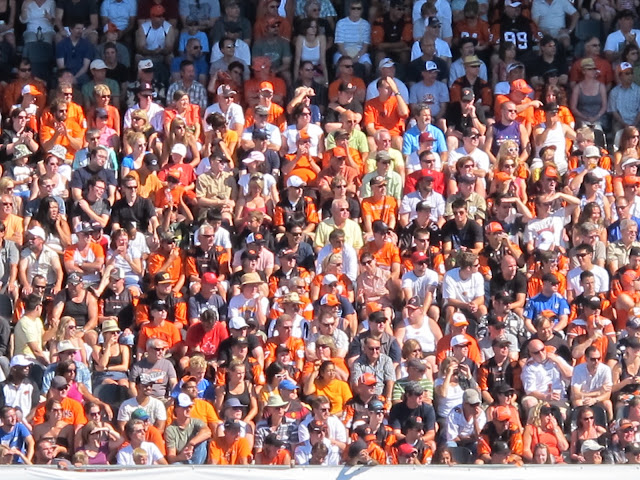 When one looked over the outdoor stadium...one new whose team was playing.
The color orange was proudly worn by the BC LIONS fans.
This was the Lions last game in the stadium.
The Lions bid adieu to the Empire Stadium over the Toronto Argonauts 28-6. 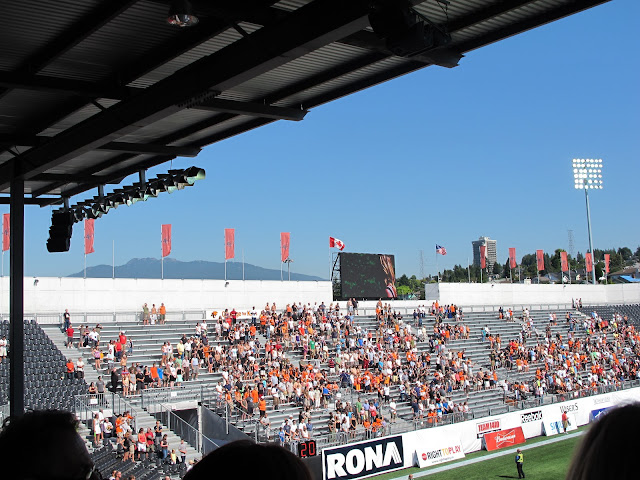 It was truly an amazing afternoon to think back of the many years where we packed our hot
chocolate and blankets and cuddled under the cold rainy nights.
But today was different.
It was warm, hot and sunny, and we shared the view of the North Shore Mountains as a back drop. 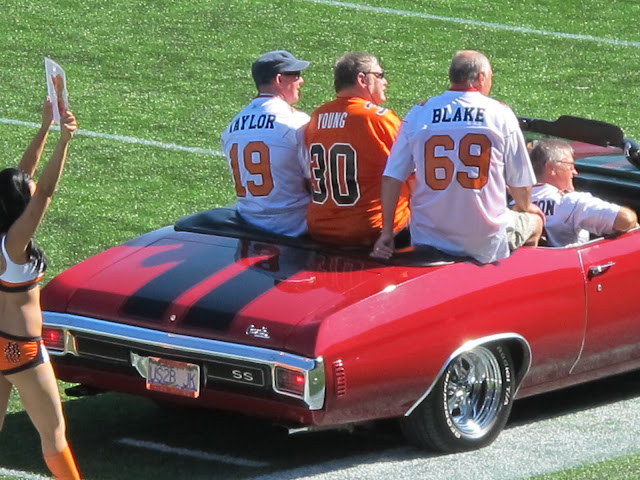 During half time they paraded the historic athletes from years gone by.
Yea! Jim Young!I believe that young athlete is 68 years old. 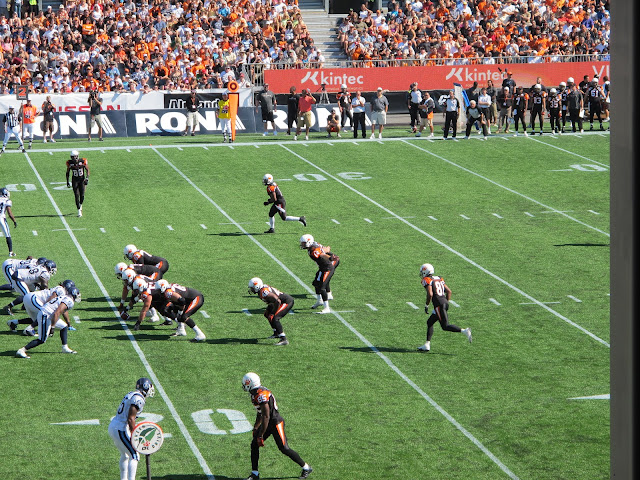 The pep band also played the tunes from many years back.
Go Lions Go!
We could still whistle along with the tunes. 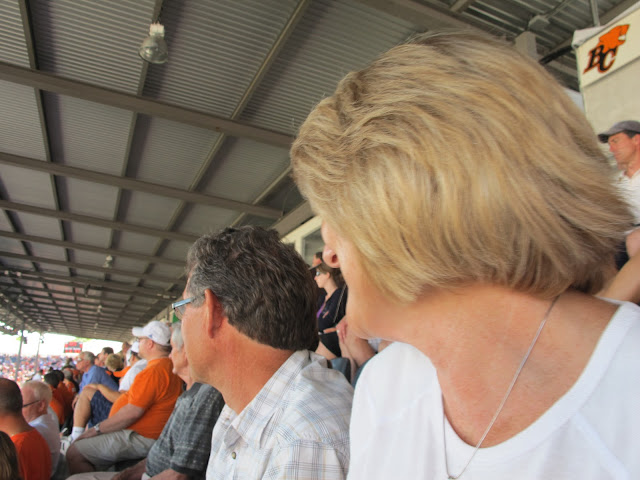 To the right of me sat a young women who was attending her very first game.
So I politely explained the reasoning about the rule,  "Three down and 10 to go!"
She cheered, she clapped and then asked me,
"What did that mean?"
But she always knew what direction the Lions were running. 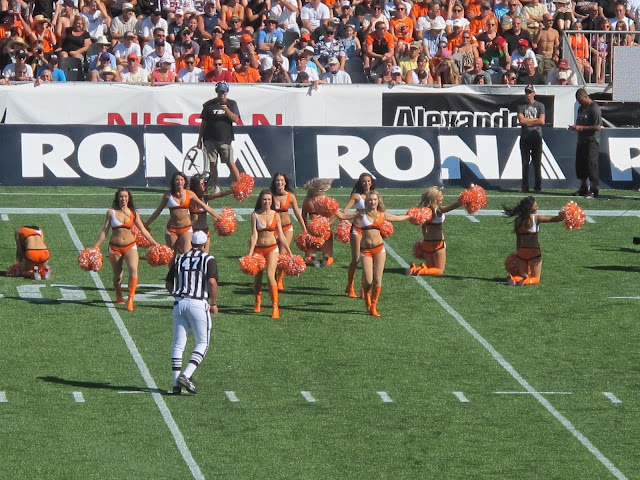 As always, men sat with their binoculars staring at the Lions Cheer leading squad....
Theystill bring many smiles and chuckles to their audience. 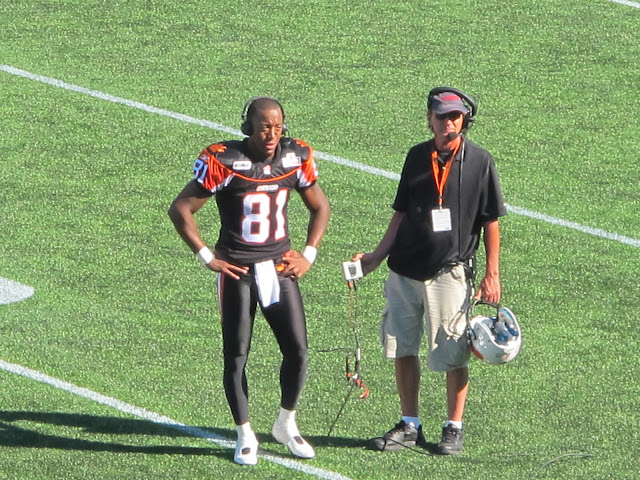 This day was memorial as all the players were leaving their jerseys with the die hard fans.
I decided to grab the jersey from Geroy Simon.  He was my pick of the day.
Simon led all receivers with 117 yards on six catches.
The touchdown was his 88th as a Lion, setting a franchise record, passing Willie Fleming. 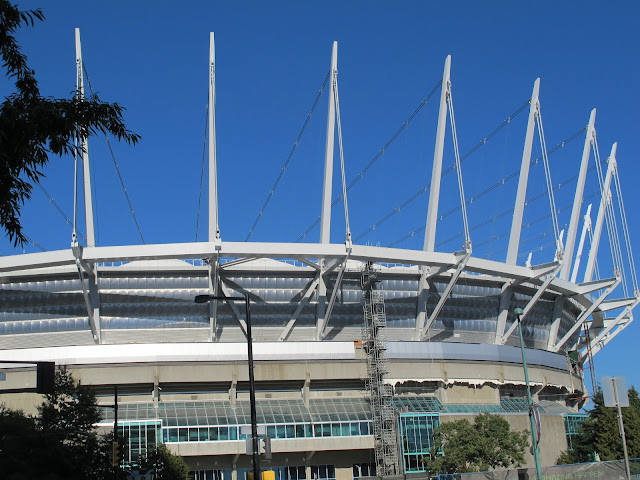 So we salute the Empire Stadium only to cheer on our next game in the newly renovated
BC PLACE!
See you all there!