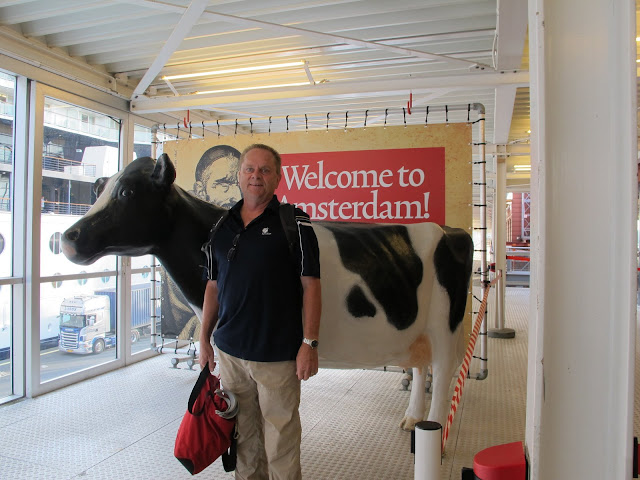 Yes, he felt a warm welcome to Amsterdam when we entered the docking station.
What else can a farmer say when he gets close to his cows?
A big smile, because he knew there were some farm tours planned. 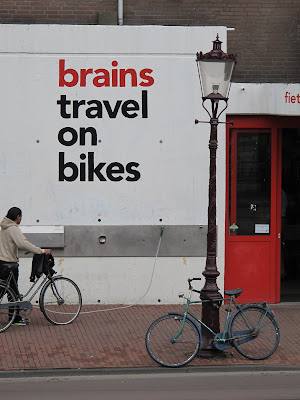 It didn't take long for us to figure out that we had no priority over their bikes.
I think we were all knocked down, several times, and soon formed a human chain hoping for protection.
It's an absolute risk trying to cross 6 tracks of metro, car, and on-coming bike paths all tied together.
Brains Travel on Bikes?
We have no clue about biking in Canada! 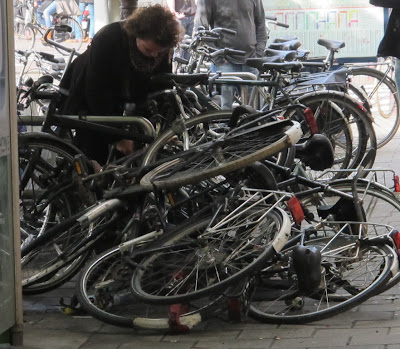 Bikes were all over the streets, tied to posts, trees, cars, waterways, boats..
You name it...Bikes were stored in multi level car garages...
How could you ever identify your bike? 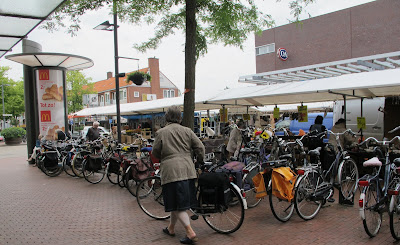 Parking a car in Amsterdam cost about 4 euros an hour...
now we know why they ride bikes.
No fitness programs needed in Holland.
Some rode up to 10 km to work, some more and others less. 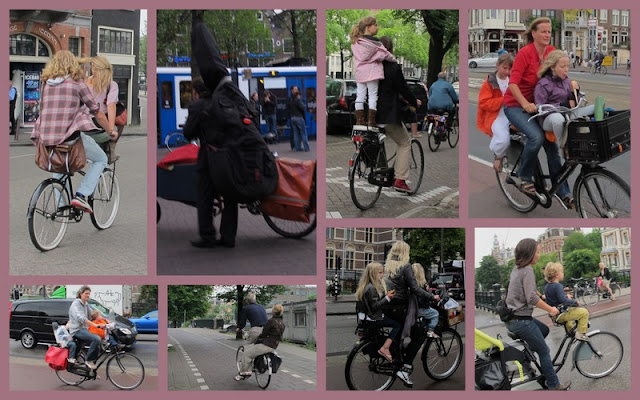 As you can see, young and old, no helmets, they just whizzed past us,
sitting, standing, sleeping, side-saddling or whatever worked.
One was so daring as to strap his cello on to his bike and cart.
This seemed like the norm.... 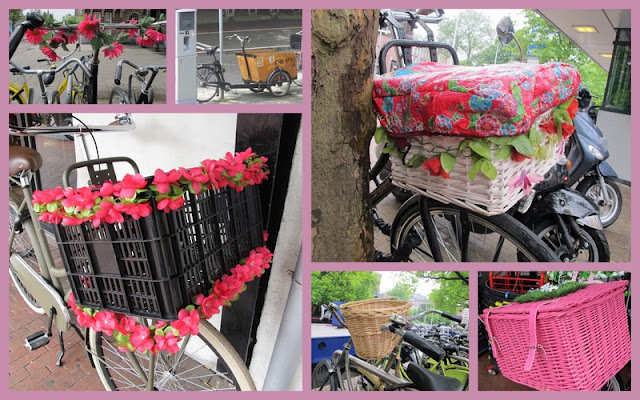 As you can see, I was a bit taken back by all the baskets they carried.
They became part of the fashion statement in Amsterdam.
Which basket do you think I liked the most?
I think I have a new project for my bike. 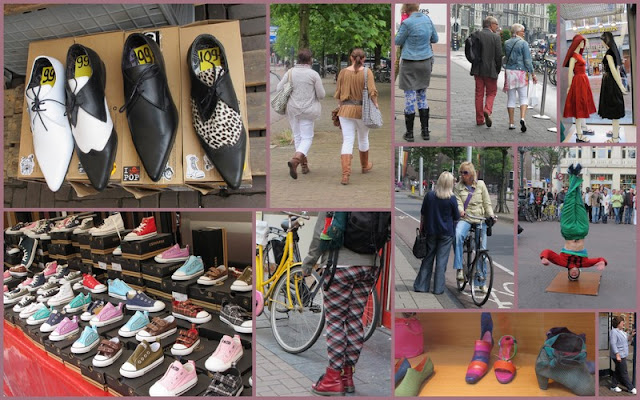 Whether walking or shopping or cycling, fashion seems to be a big statement in Amsterdam.
High boots, leggings, colorful shoes, pointy shoes..running shoes,red pants, patterned leggings,
It didn't matter what you wore, whether upside down or right side up.
I loved the exciting life of the downtown culture in Amsterdam.
Next I'll take you for a tour down the canal....right past Anne Frank's Home.
Join me and let's begin to ride our bikes!!