What Time is IT? 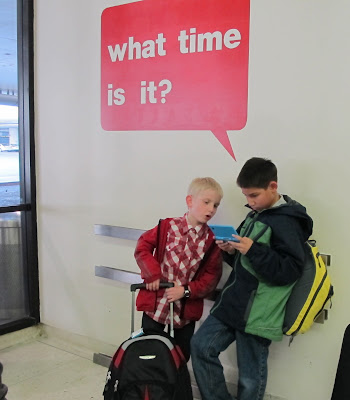 Any of you taking a trip in the near future with grands?
Make sure they have a DSI
(modern day version of a game boy)
Guaranteed that they will not be asking you the same questions. 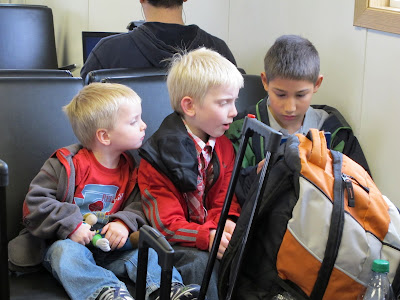 It entertained them in the airport lobby.
Timothy who was part of the family,
became like a big brother.
Those three were inseparable. 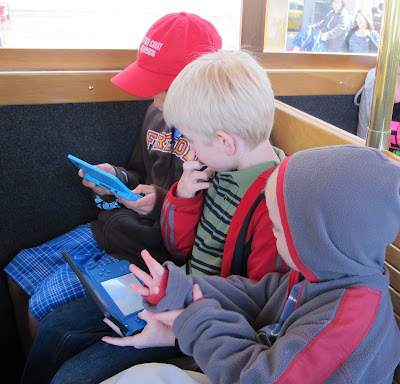 On the San Fransisco cable car.
Do you think they were interested in going up and down hills?
Not the least...except when the driver halted suddenly on a
steep incline and decided to go into reverse...
They all remember that shrieking moment. 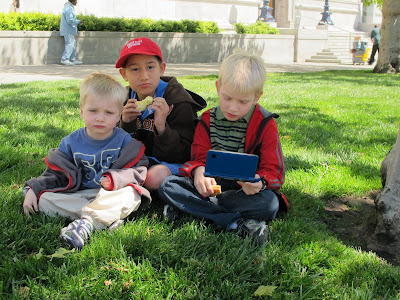 In the park...
Don't they almost look bored?
Yes, we finally put some restrictions on there fun. 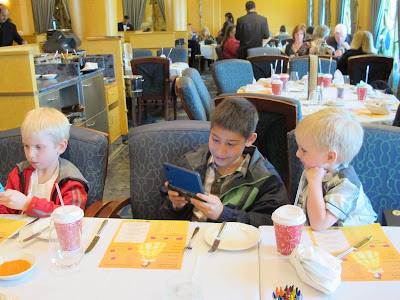 They could play two hours a day during our formal supper.
It actually gave us time to visit and enjoy each others company,
except when in the middle of everything...
they all needed to take their bathroom breaks.
You'd think by now they would of schemed this outing a bit better.
No, only when nature calls. 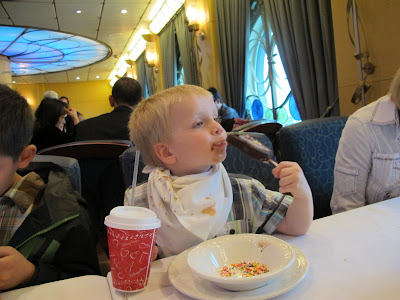 All the boys will have memories of a Mickey Mouse Ice-Cream bar
which complemented their evening meal.
I'm wondering where I can buy those?