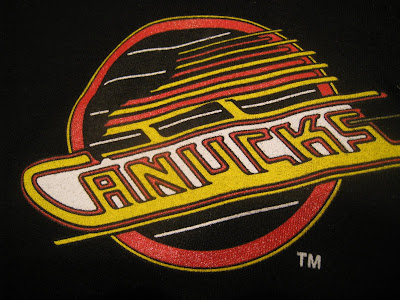 What else can we say since the 2010 World Hockey Olympics?

The first time to the Stanley Cup Playoffs since 1994...

We are proud of our Canucks!
Vancouver is transformed again...
and understands those special moments.
We all remember the day and moment when Sidney Crosby
lifted his team and nation,
in what might have gone down as the greatest game of all time.

But now, only 15 months later a new name emerges.
Kevin Bieksa #3 will never forget that moment.
Beiksa's double overtime goal sends the Canucks to the Stanley Cup Finals.
The intensity and emotion will only grow over the next weeks.

Let's join in the Canadian Spirit and cheer our Canucks on!

Can you imagine being at a game like that?
Who was there?