Punching down the Time!

The Time Has Come!
This gal has never made Zweiback by scratch...
so I've been practicing...
I'm still thinking..."Let the machine punch it out."
Some of you may be asking what are Zweiback?
Some refer to them as Double Deckers.

This coming Thursday, April 14th
we are demonstrating at Cooking Class at Lepp's Farm.
So I've been practicing.
Oh by the way...it's too late, the class is already sold out. 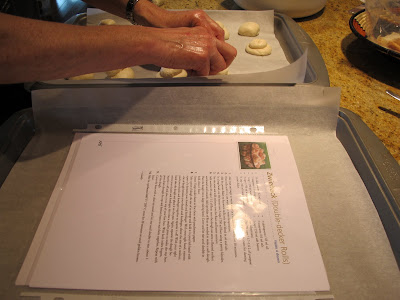 I'm following Lovella's instruction step by step.
Oh, by the way...this will be the recipe in the new
MGCC cookbook, to arrived shortly,
at some of our local merchants.
Some cut the butter into the flour...
others just melt the butter in the milk.
There are so many different ways to do things.
Some people use potato water, instead of mashed potato flakes.
Which is the right way? or which is the right method?
Well for this day..we will follow the recipe to a tee. 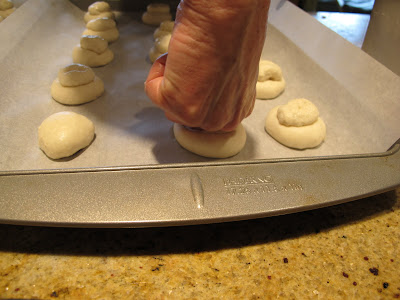 Some use the bent index finger, in other words the knuckle.
You force the knuckle down,
right through both top and bottom buns to seal them. 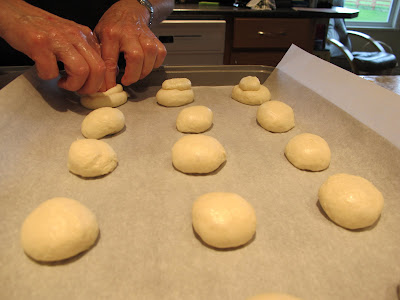 Others can use two index fingers at once.
Make sure that the dough is the size of a walnut..not a baseball.
I know which method works best for me.
My fingers got so tired, that finally I cheated. 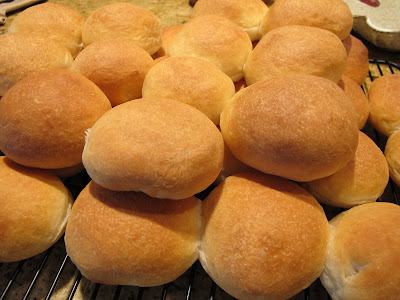 I finally just pinched off the dough and made ordinary buns.
Much quicker and easier on my hands. 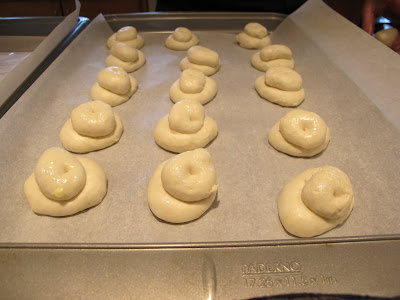 But I'm still learning and having fun smiling at all the dimples.
It's similar to some other textures that I've noticed lately. 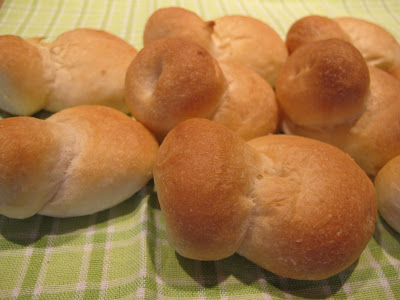 As you can see...they are not perfect.
They look like they are laying over and reaching out for support. 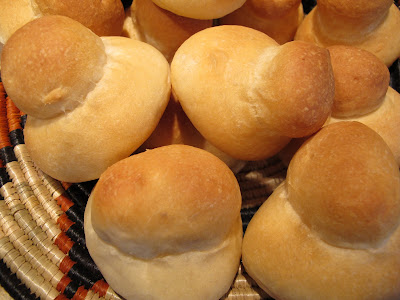 The end result?
They taste wonderful...they look great,
and who's method?
Well it goes back to the old saying...
A bit of this, a pinch of that and Bingo...you have Zweiback.

By the way, this group of women cooking and baking are the best!
No matter what we do or say, we always rise up again.

I was just warned that I might be on deck for Paska!
Oh, I better go practice.