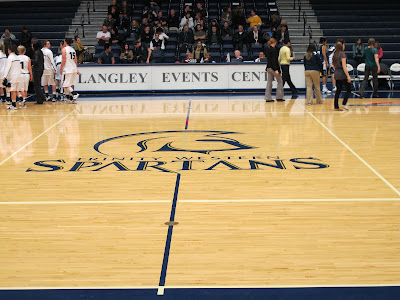 TWU Spartan's created some hot action this past weekend.
If someone told you that they'd give $1000,
if you took a shot from half court,
would you be brave enough to chance it? 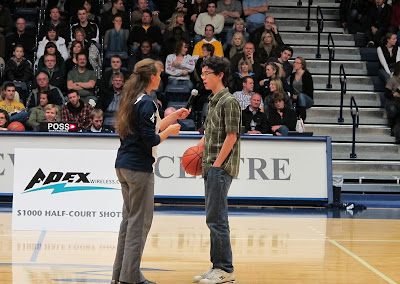 Is Julie setting him up for failure or success?
On Friday evening, Jan. 28th,
young Samuel, a young budding ball player (10-12 years old)
took his lucky shot.
He could take his own shot from half court, or
substitute his favorite BB star to shoot for him...
He chose the latter.
He knew the challenge that lay ahead of him...
so he chose Lucian Sauciuc, TWU Spartans #10 player to shoot.
And did he SCORE...
The ball flew through the air and swished through the basket.
Young Samuel won $1000! 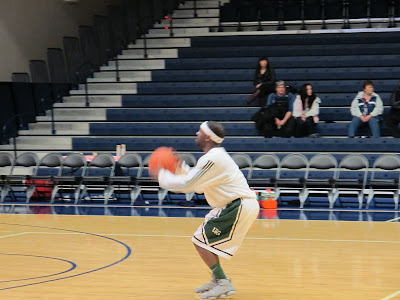 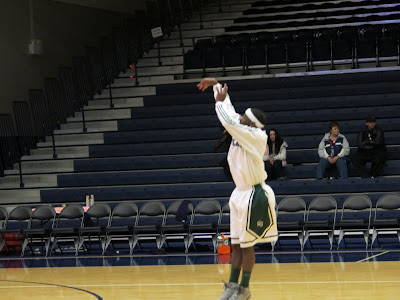 He SCORES!
I need to highlight Jamelle Barrett, an outstanding point guard, from the Huskies.
On Friday night he scored 42 points.
One amazing player...third year from CA.
He knows how to lead his pack.

Meanwhile the TWU Spartans brought out a record breaking crowd,
as they challenged the second placed team, SA Huskies in the Western League,
and toppled the Huskies to third place in their division.
If you are interested in stats and standings check this out. 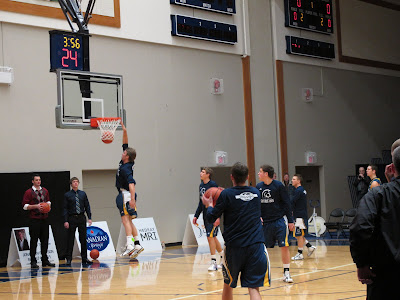 Check out the Spartans this weekend for a last home game.
Presently, UBC holds the first title, followed by TWU Spartans in second place.
TWU Spartans will be playing there last seasonal home game
this coming weekend against Brandon, ranked 11th.
So if you need to catch up on some fast paced action,
or win $1000, here is your lucky chance.