It's Really All Over 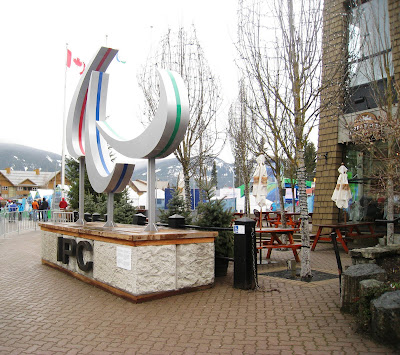 Welcome to the Paralympics in Whistler!
The atmosphere in Whistler was:
Electric
Inspirational
Festive
Explosive
Triumphant
Emotional 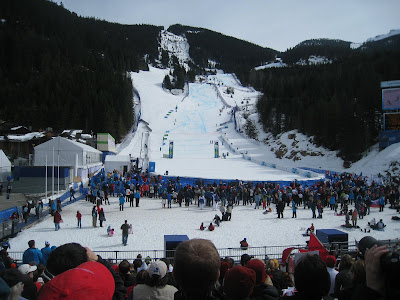 It was unbelievable to sit in the stands and watch these
incredible, strong-spirited athletes perform in front of our eyes. 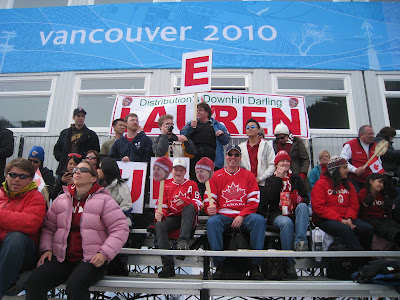 We arrived at the Whistler Alpine Ski Venue,
to find ourselves amidst some famous fans. 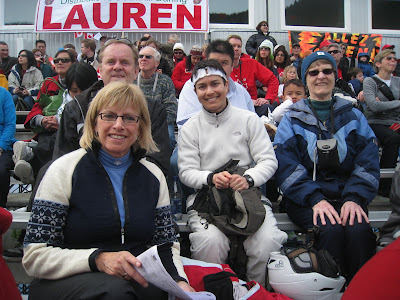 We mixed and mingled....
Cheered on our Golden Girl, Lauren Woolstencroft. 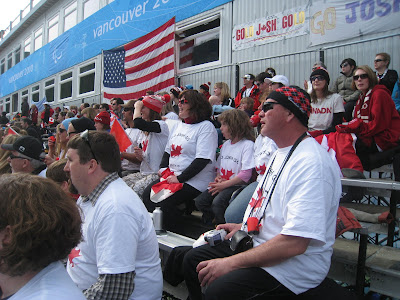 Then we mingled with the Josh Dueck crowd,
cheering for him...
who received a Silver Medal in the Men's Slalom. 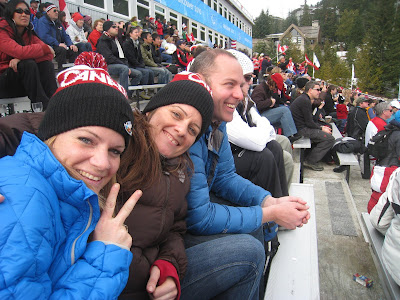 Do you recognize these smiling celebrities? 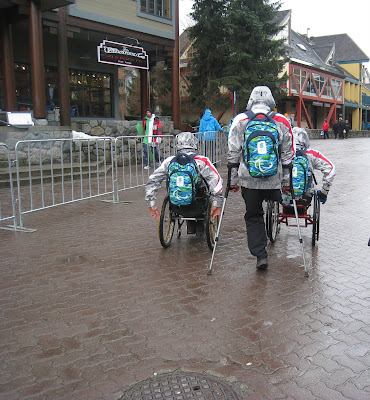 This was not an unusual scene in the village of Whistler. 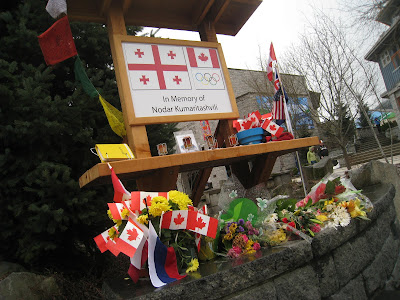 Monument for Nodar Kumaritashvili,
who died in practice on the opening day of the Olympics.
This will remain in our hearts forever.

On Sunday we squeezed our way into the crowds,
to see the athletes parade in front of us. 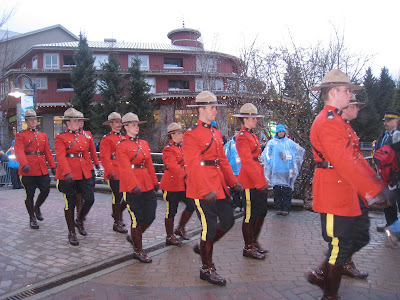 The parade started and of course we cheered our RCMP
who wore their distinctive ceremonial uniforms. 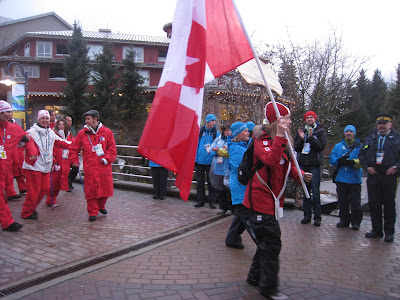 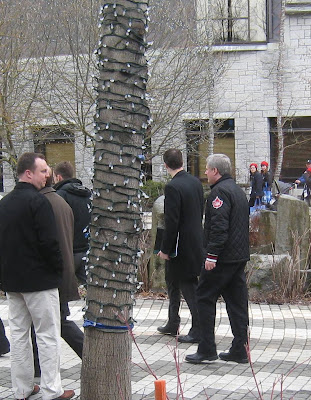 All of a sudden in the corner of my eye,
there he was...our Prime Minister, Mr. Stephen Harper. 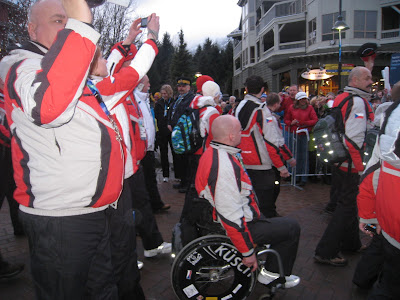 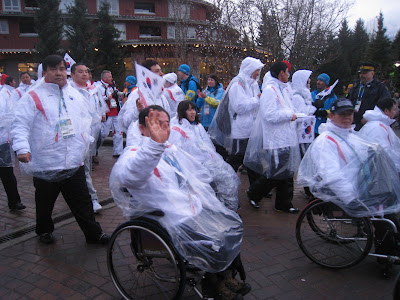 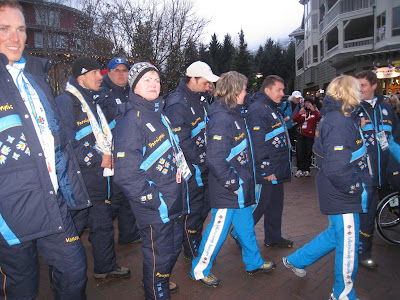 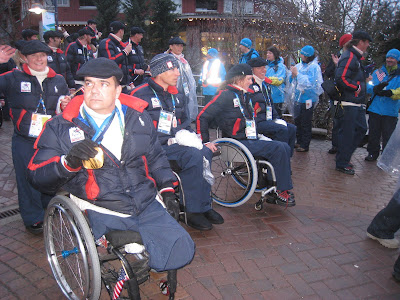 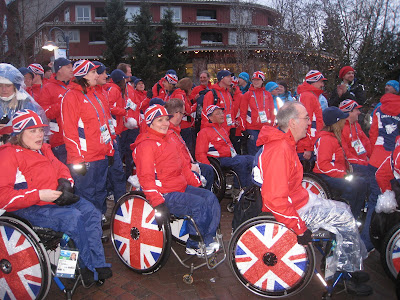 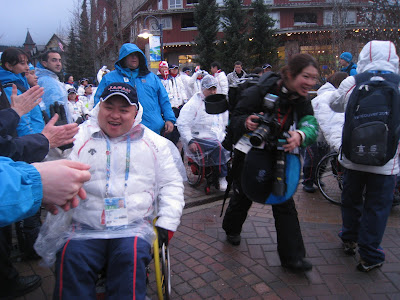 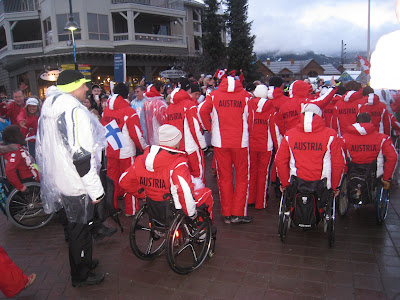 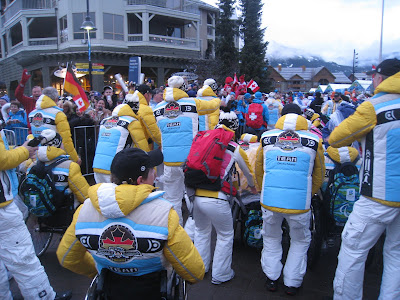 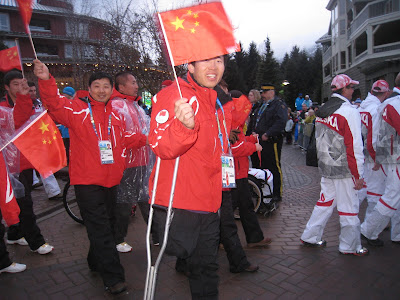 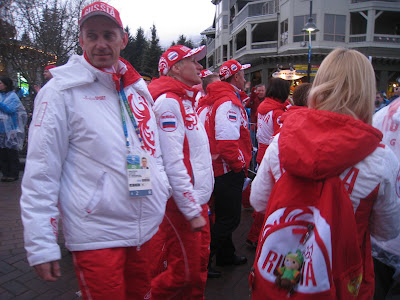 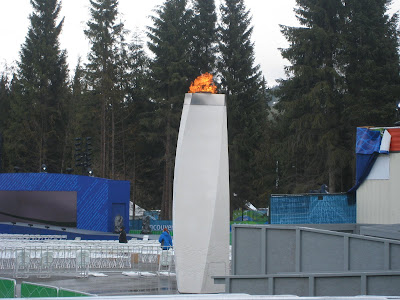 The Torch is lit!
This was one moving experience. 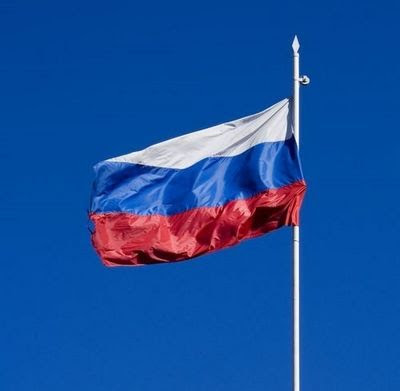 And now the official flag will be handed over to Sochi,
Russia who will host the Winter Games in 2014!
(photo downloaded from the internet)

The Paralympics may be finished,
but the memories, the stories, this is what
speaks to the human heart.
They speak strength!