It's Friday's Fave Five!
This week has been called withdrawal from the Olympics...
Meanwhile, I realized I needed to add something to fill that void...
So I invited those wonderful boys to the farm.
Meanwhile, I don't want to forget my gracious host, Susanne
who allows us to post our favorite highlights. 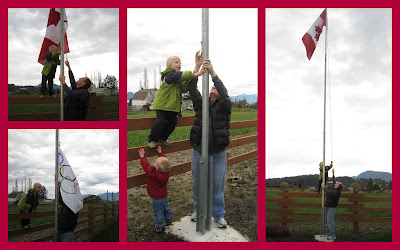 The boys helped us take down the Olympic Flag,
as we hoisted our Canadian flag, once again.
Even the little guy wanted to help. 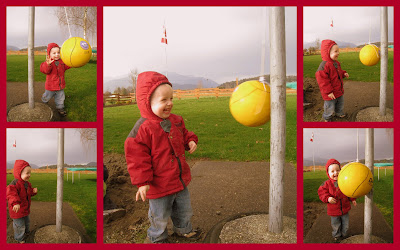 This little guy had so much fun playing tether ball by himself.
He laughed and giggled...
as the ball continued to hit him smack in the face. 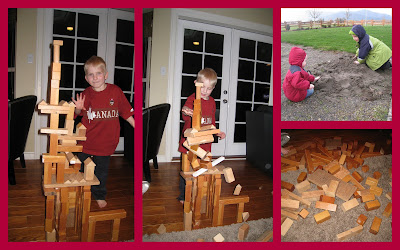 Meanwhile the older one continued to play in the sand,
later creating a tower higher than himself,
and obviously enjoying the collapse. 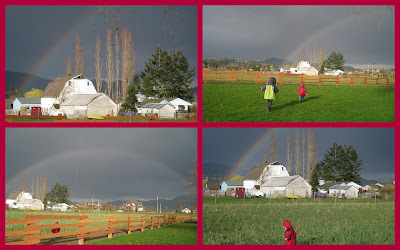 Later in the afternoon we saw a rainbow....
and of course we were chasing the pot of Gold.
Unfortunately, we had fence lines which prevented us
from catching up to the pot of Gold!!!
I guess Canada received enough Gold this past week. 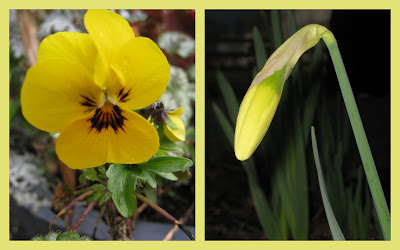 Oh, to enjoy some of the flowers we planted last fall. 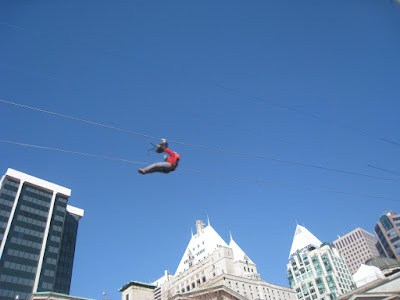 During the Olympics, Robson center had set up a Zip line,
which included up to 7 hour line-ups.
About now, I am ready to zip to another country.
Anyone else want to join me?
Hope you all enjoyed your week!