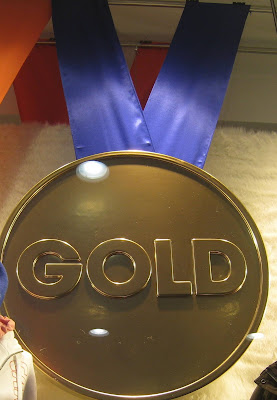 Yea Canada!
Canada has truly been a trailblazer in women's hockey.
Another Gold to add to our medal count!

Last November, I finally gave up on the lottery tickets.
Two days later my niece emailed and said,
"I snagged some women's semi final tickets for you"
Who would of known? 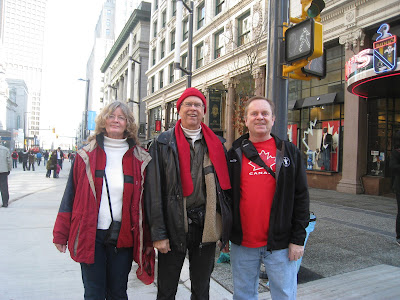 So off we went to Vancouver with Vic & Chris,
my husbands sister and brother-in-law,
who were also given tickets for this event.
We enjoyed strolling Robson street, drinking coffee,
and seeing all the delights of the Olympics. 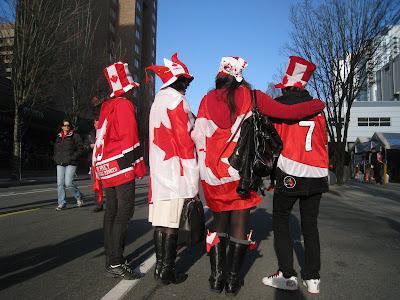 Time flew by and before you knew it, we were
following the crowd to Canada Hockey Place. 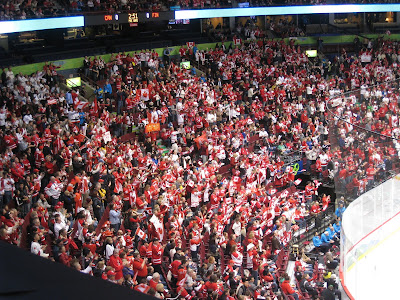 We found our seats inside...center ice.
We were greeted by thousands of spectators,
all wearing their red Canadian jerseys.
What a sight! 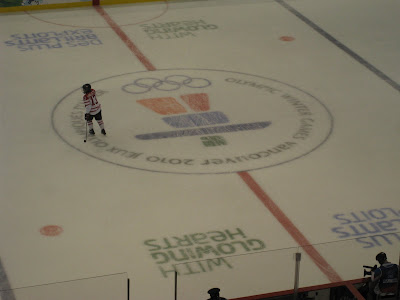 I loved the emblem of our Inukshuk engraved in the ice. 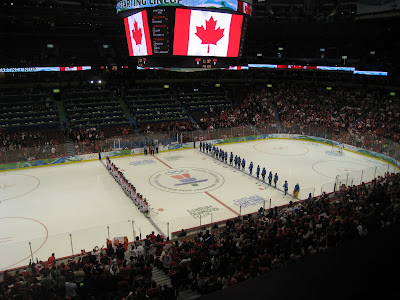 And they lined up and sang our National Anthem!
You could feel the excitement, energy and buzz in the air. 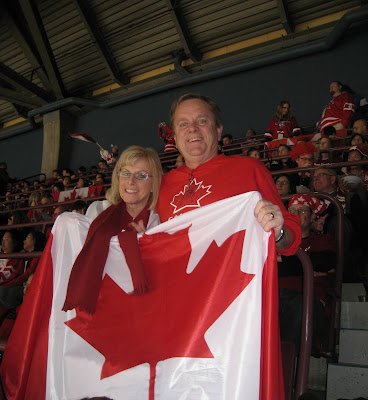 We proudly stood and waved our Flag many times.
The final score?
Canada 5 Finland 0 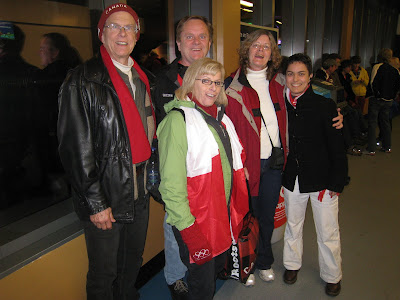 Jen is one enthusiastic athlete herself,
has played hockey, skis, snowboards, is a snowboard instructor.
You name it, she can do it!
Many times I challenged her about competing for the Olympics.
Last June we had the honor of attending her Graduation,
where she received her ND, Naturopathic Doctor.
Oh, by the way...she can even bake pies.

In my last blog, I told you all to book mark
Thursday, Feb.25 to watch the Canada vs USA!

Tonight we all sat glued to CTV...
all wearing our Olympic red mittens.
Many times we were anxious...but,
I reminded them to BELIEVE! 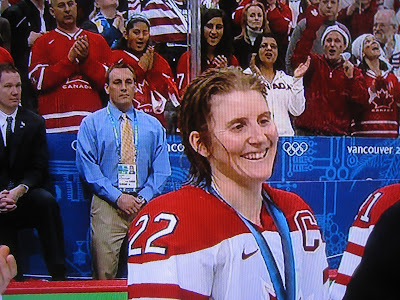 What a wonderful victory for Canada's Gold Medal.
Not without struggle...they all fought hard.
Haley Wickenheiser, captain is considered to be
one of the greatest female players of the world.

Kudos to Goaltenders, Shannon Szabados and Kim St-Pierre
one of the best female goalies of the last decade.
They played an outstanding defensive game. 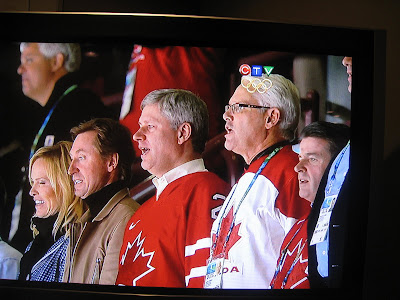 Yes, there were honorable celebrities at this event.
Wayne Gretzky,Prime Minister, Steven Harper
and Gordon Campbell, our Provincial Premier. 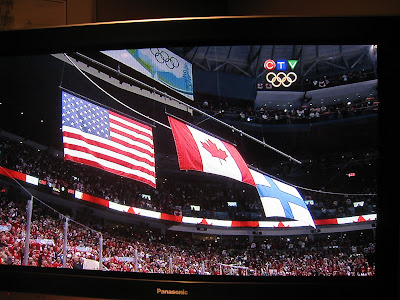 My heart flooded with emotions as I saw them raise the Flag. 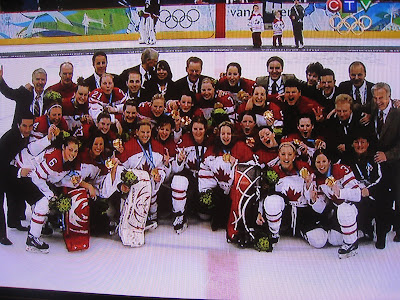 Yea Canada!
The women have achieved their Gold on their own turf.

I wonder if our men's hockey team will be able to
bring home another Gold.....
Posted by Marg at Friday, February 26, 2010