Is this Really Vancouver? 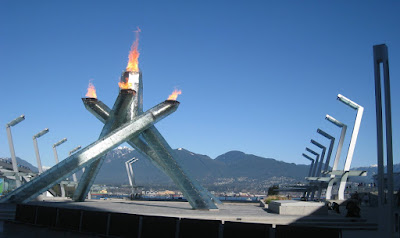 We're here!
Standing like hundreds of others peering through
the fenced wire, trying to take photos.
Experiencing this site,
made me think of standing at the
Memorial Site of the WTC in New York.
There's energy, emotion and enthusiasm. 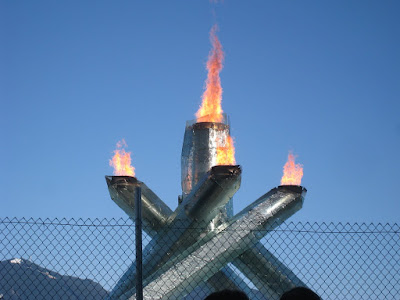 What a clear day!
It's so emotional standing here
thinking that this was lit in Greece in October
and carried all across our continent,
and today, Canada is hosting the Winter Olympics.
A strong historical tradition carried for years and years. 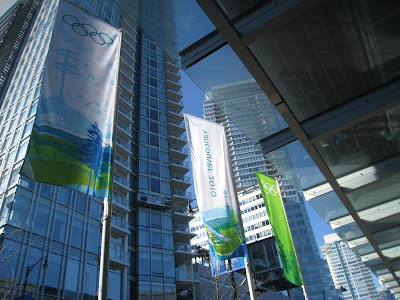 When we were walking downtown, mulling threw the crowds,
I said to J, "Do you think we will see any celebrities?" 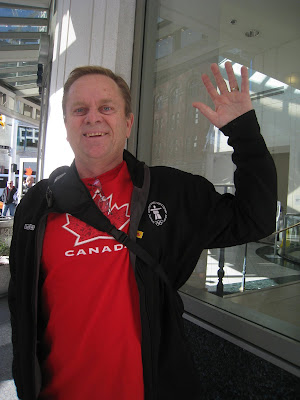 He posed, and said, "What about me?"
Oh...the excitement of the games....
It doesn't stop.
Does it get any better than this?
Go Canada Go! 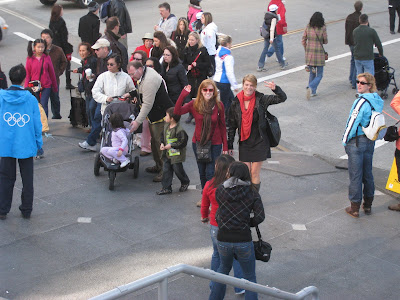 Way in the distance, I saw two other celebrities in the crowd. 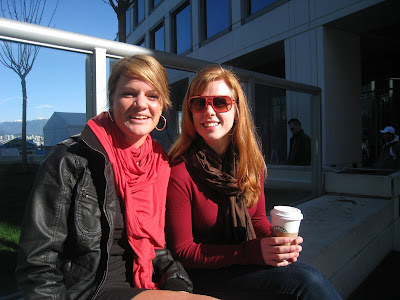 Does anyone recognize these them?
I told you," There are some individuals
who are outstanding and in the making of Gold" 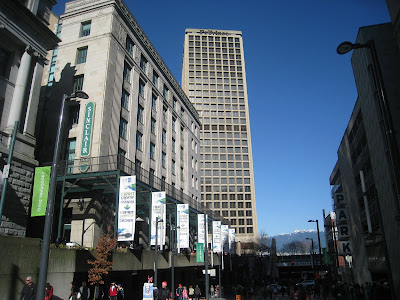 The whole time, I was in there, I felt like I was in New York.
I've been there several times and there is energy.
It was reported that Vancouver has been handling over
500,000 extra people every day.
Totally unexpected!
The weather is perfect and what else can we say?
We have some Gold Medals on Canadian soil. 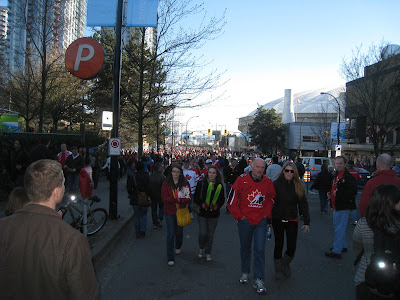 The streets are packed, lined up and crowded for blocks and blocks.
I love it that many of the major streets have been closed,
because they are used as large fairways.
Only one thing...
I don't think they anticipated such warm weather,
otherwise Vancouver could of had outdoor coffee shops,
all over the place, just like in Europe. 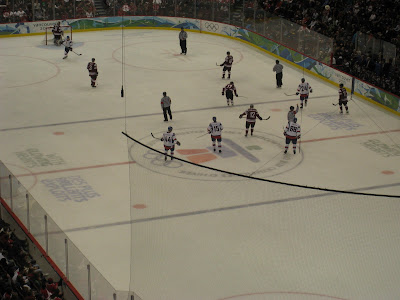 We watched men's hockey game. Slovakia vs. Latvia 6-0!
Because of the loss,
the crowd started singing, in their European chant.
LATVIA, LATVIA, LATVIA!

I'm off to another game today...
Women's Hockey, Canada vs. Finland.
Watch CTV, and you'll see me all decked out in red.

So much for now.
Enjoy the Olympics and cheer for your country.

Somewhat disappointed in our mens hockey team...
But the friends and company made it a worthwhile evening.

Have a great day and I will try to give you short glimpses,
here and there between my trips into the city.