Could You Do Me a Favor? 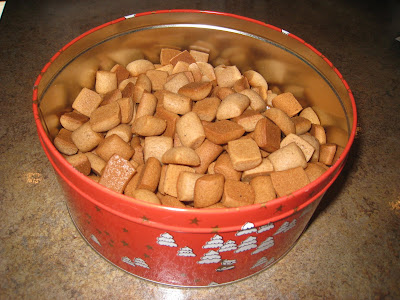 How many times do you want to bake a recipe and you are missing the one single ingredient? Sometime you can substitute, but not this time. It was the first weekend of Advent and it's tradition in our home that I bake Pfeffernusse. Well don't you believe it, I was missing the Lebkuchen Spice mixture for this recipe...I called from the kitchen, "Can you do me a favor?"
"Do you have a minute to run to the deli and get me Lebkuchen Gewurz? "

He is always more than willing to run to town for me...so I gave him the exact package wrapping and carefully instructed him, as to where he could locate it...and told him to be quick about it....
Away he goes, finds the exact packets and approaches the clerk, as smug as a button and tells him how his wife sent him for these spices, and the conversation goes something like, "I guess she doesn't trust me, that's why she sent the spice package."

The clerk slowly responded saying, "Sir, ...sorry to inform you, but that is not the same package that your wife sent with you, I will find the right package for you."
"Oh," he says, "I guess there's a reason why she sent the package along." Sheepishly, he walked out, drove home and told me the story....We had a good laugh. 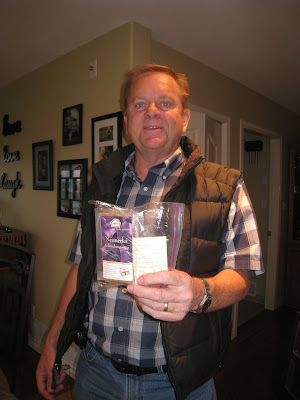 As smug as a button, convinced that he had the right spice... 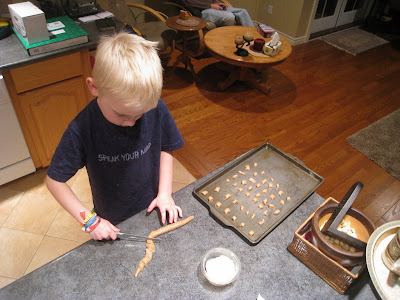 So, I continued to mix up my favorite recipe and invited Levi to come over and help roll out the snakes. It's hard to keep that cookie tin full. He of course wanted to take enough to school to share with all his class mates.

So the story continues, as I was baking with my sister this week, we whipped up another batch of Pfeffernusse. Take note, once the dough has been mixed it needs to be refrigerated over night.
So just before I was going home from her house,I snuck into the fridge and decided to take half of the dough home for myself....Well, guess what....I had dough...but not till I was home a few days later, did I notice that I had took wrong dough, I swapped her gingersnap dough instead and when she wanted to quickly make up her gingersnaps for the kids, she could not find her dough..., meanwhile I was looking for the Pfeffernusse dough.

The moral of the story is: 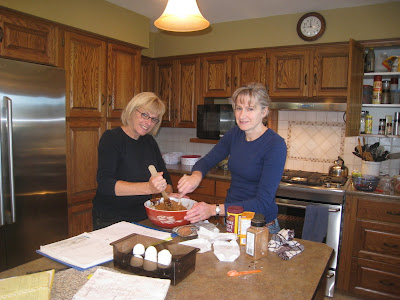 "Too many cooks in the kitchen and too many fingers in the dough"
Oh by the way, if you want this recipe,
jump over to Mennonite Girls Can Cook.
You'll find it on today's post.
Pfeffernusse.

And, could you do me a favor?
Don't switch recipes on me next year!!