So You Think You Can Bake? 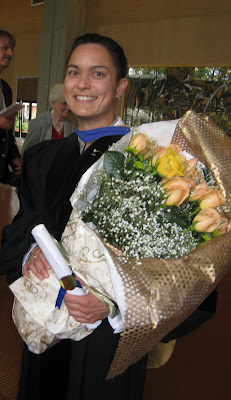 On June 27, 2009
this young gal, my niece, Jen
graduated from the
The Boucher Institute of Naturopathic Medicine

We were so honored to be guests of ND 2009!
(Naturopathic Doctor)


She has worked hard!
None of us have seen her for the past four years.
She has been deprived of sleep,
exhausted herself from her studies,
played the political games,
meaning, learning how to jump through the hoops.
She's given up many hours of social recreation,
but she's starting to see the light at the end of the tunnel.

The phone rang....
My niece who just graduated, was on the other end,
asking if she could come and bake pies with me....

This is unbelieveable....
A Doctor calling me to make pies?
We made the arrangements and fresh scones
were waiting for her arrival.

Anyways, after we had washed all the apples,
and peeled them...
we began working with the dough. 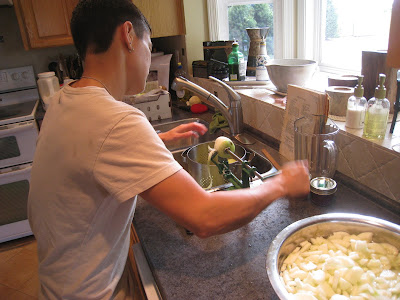 She discovered the joy of my new toy, the apple peeler.
It's amazing. It's a must in every kitchen. 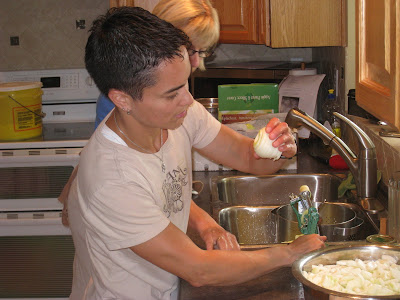 Cored, peeled, and sliced!
All within 5 seconds. 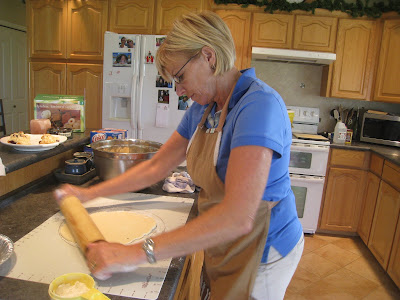 I told her I had to wear my apron...
later she discovered why?
I rolled out the first crust....Pie Crust 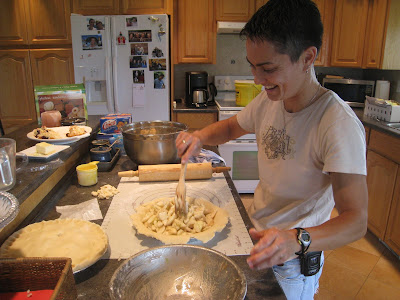 It didn't take long, and she was applying her skills
in forming this dough to create the right size. 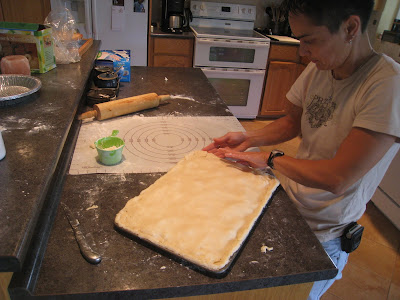 Next, was the Tender Pastry Pie...
I tried to clarify the different pastries and my
reasoning for using them, for different styles of apple pie.

"Apple pie is easy", I said...
"but it's learning to work with the dough,
feeling it's texture,
treating it gently,
understanding it..."


She pipes up and says, "It's like working with human tissue.
It needs to be treated gently,
always,
(she emphasized this)
during surgery or when applying intravenous."

She then continued on to say,
"You need to work with it energetically."
and I'm thinking...
I never considered making pastry dough energetically.

"You need to have the head knowledge to transfer the energies translated through your hands, to create the healing texture of the dough." 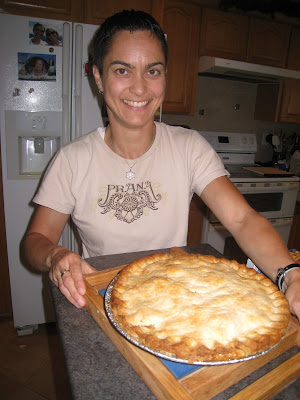 As you can tell we had an amazing afternoon,
drawing parallels to many situations in life,
as we stitched, cut,
and pasted the dough,
she created a work of art. 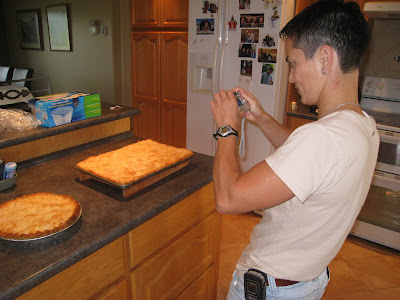 Later I caught her photographing her pies, just like I would.
I know her next story on Facebook.

For the Record:
Jen has just been offered a Faculty Position at UBC.

Way to go! You will make one amazing doctor/educator.

"Wherever the art of medicine is loved,
there is also a love of humanity."
Hippocrates

Without question, the judges have made their final decision.
Jen, You made it to the top!!!!