What's all the Ruckus About? 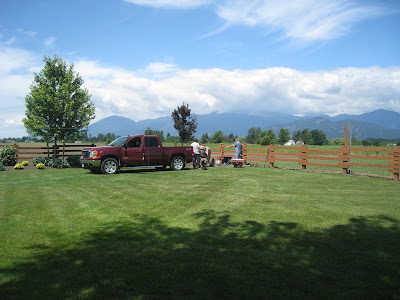 I woke up one morning to this ruckus on my back yard.
Truck, wheelbarrow and cement mixer.
What's happening? 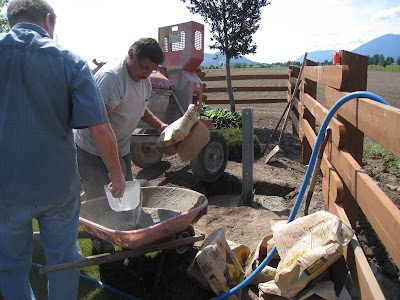 Ah ha! I think one of my wishes is coming true.
For years I've wanted a flagpole,
especially, to honor our upcoming 2010 Olympics!

It didn't take long before I pitched in,
"Can I invite the Mayor to join us for the Flag Raising Ceremony?"

Preparations began for July 1, 2009!
My daugher in law jumped right in, both feet, with many ideas!
Together the two of us walked together and brainstormed at Starbucks.
Starbucks coffee drinkers began giving us their ideas....

This event was meant for the young and young at heart. 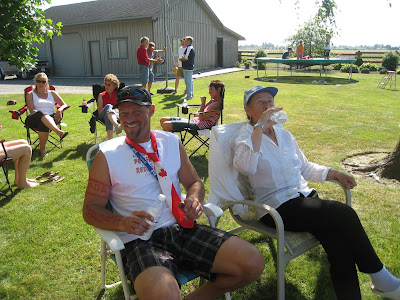 Thanks Tino for bringing your Mom!
You were the best MC!!
What a Sport! 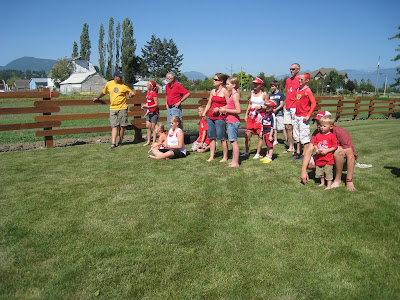 Patriotic Spiritism!
That was evident. 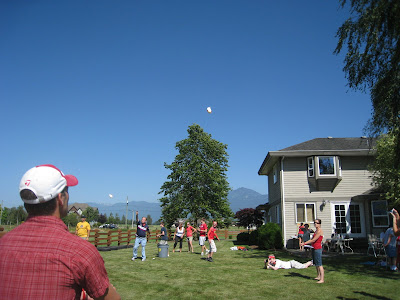 Games for young and old!
Those white spots are water balloons. 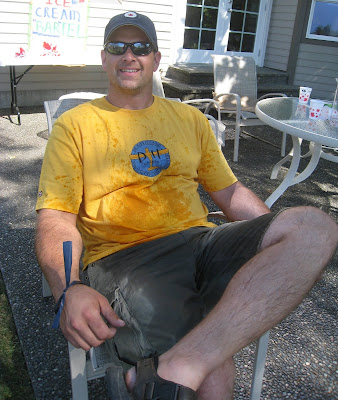 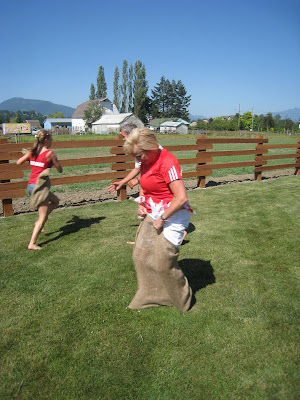 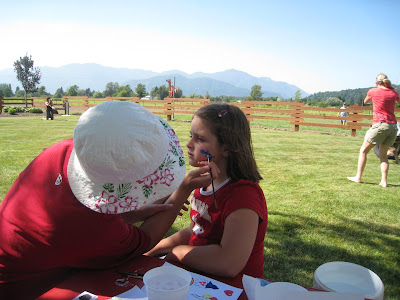 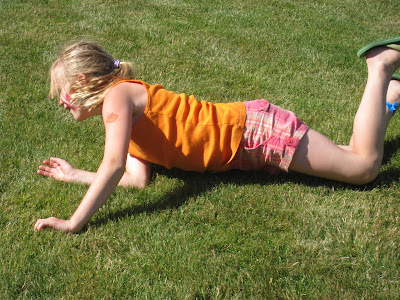 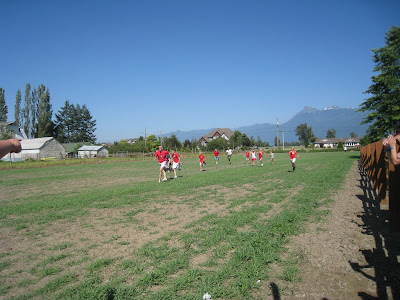 The One Hundred Yard Dash!
The Winner?
Orlando! 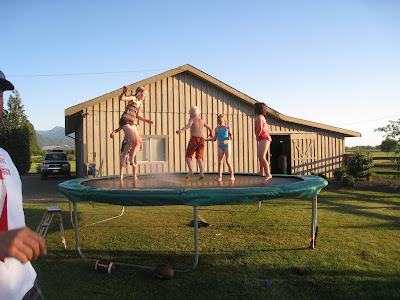 Water on the Tramp! 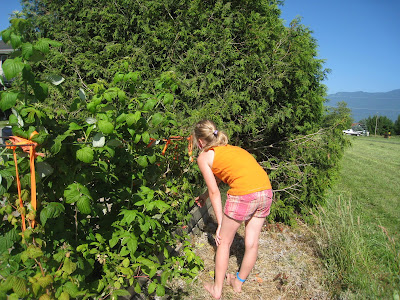 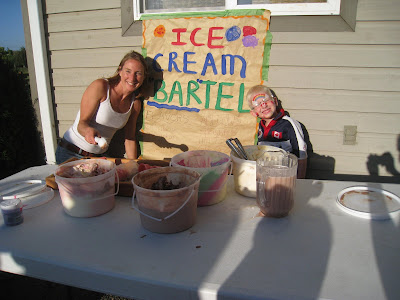 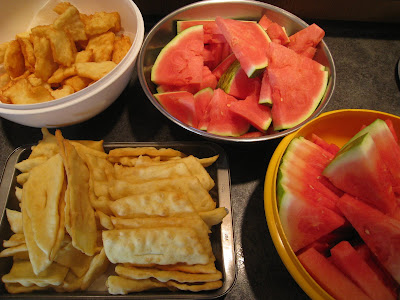 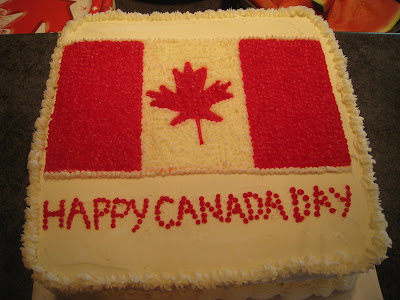 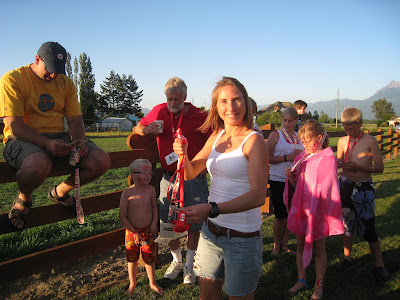 Rewarding of the Medals to the Blue Team!
Thank-you Lora.
This was so much fun. 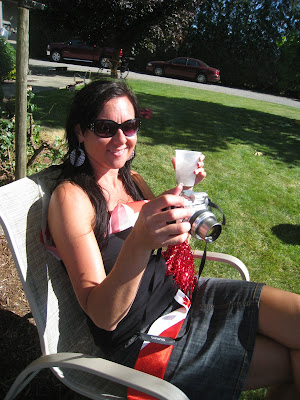 This could not happen with out someone behind the scenes.
Thanks loads, Steff. 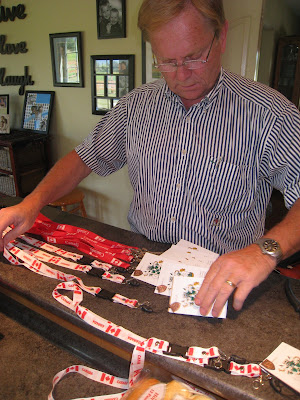 And whose putting the final touch to the details?
I think he ran a marathon that day!!!
He has know idea how emotional I was, when the flag was raised. 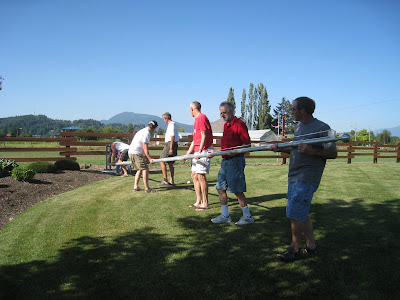 The day was not finished until
my robust and sturdy brothers carried the pole... 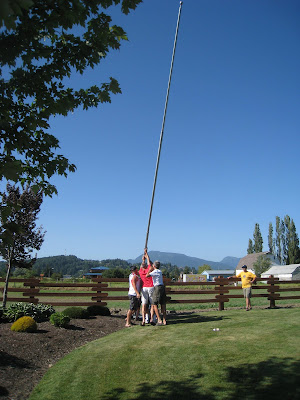 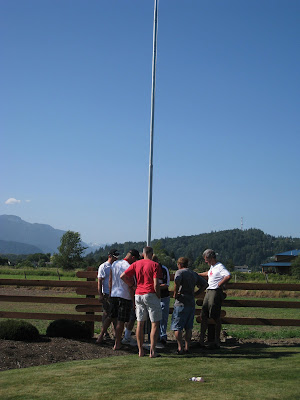 "Are you sure we can leave go?" 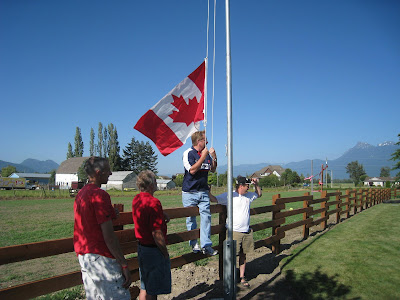 And where is our Mayor?

(Unfortunately in the 11th hour, she became ill,
and had to cancel all her appointments that day.)

So we continued on.....
We gathered together and sang
"O Canada" 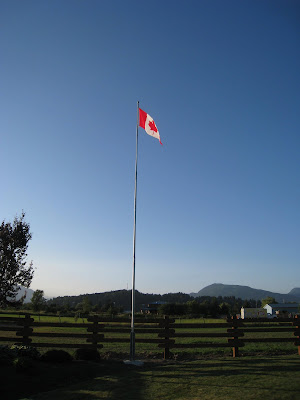 During the raising of the flag, our Mayor left a voice message.

What a wonderful day!!!
Another Milestone!