Venice ~ Jewel of the Adriatic 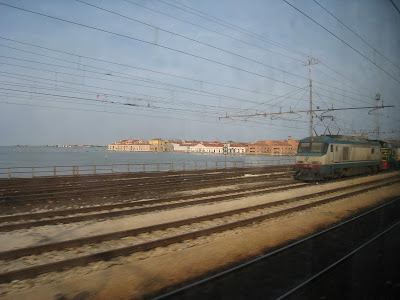 Venice via Train!
We travelled from Munich to Venice by train,
through the European Alps.
The German Alps provided us with breathtaking scenery,
unfolding before our eyes.
Alas after a 7 hour ride, we embark upon the Grand Canal,
which is approximately two miles in length,
and lined with approximately 200 marble palaces that were built
between the 12th & 18th centuries. 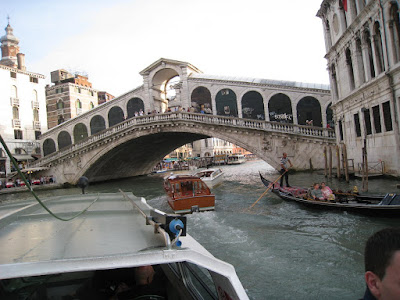 The waterways are filled with water buses, taxis and gondolas.
We felt so clueless as to what mode of transportation to use.
As advised by our travel agent we took the cheapest, the water bus.
We were cramped into this bus jammed with people and luggage.
It was hot, sweaty and humid,
and a bit uncomfortable....
I felt like this was a refugee bus! 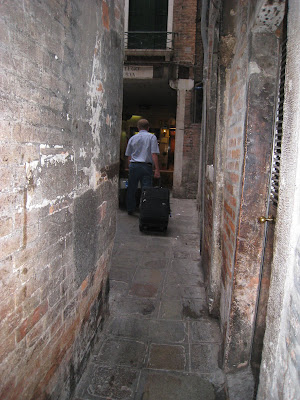 Then, we finally found our hotel room in this narrow, dark alley.

It was evening and we were tired...

The next day we began to explore the sights of Venice.
We met up with our travelling friends at breakfast
and they introduced us to the water taxis.
A far better choice of transportation.

Our first stop was at the St. Mark Square,
where we found the 900 year old Basilica of St. Mark. 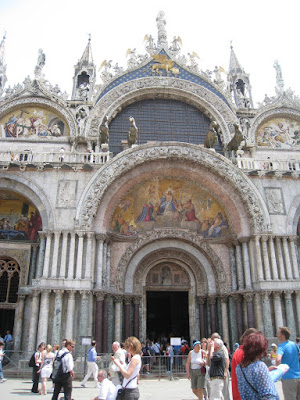 St. Mark's Basilica.
It contains mosaics, precious and rare marbles.
It was built in 830 as an original chapel for the Doges. 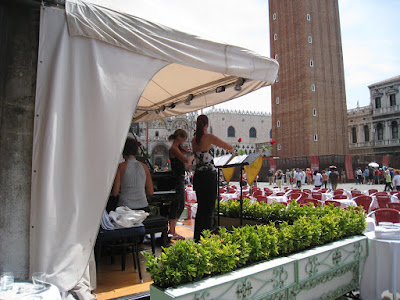 St. Mark's Square was crowded with pedestrians.
It was a place for live musicians, coffee houses, and quaint shops.
I loved this particular venue.
We were being serenaded by live music from the "Sound of Music"
which we had toured a few days earlier in Salzburg.
These were magical moments for me. 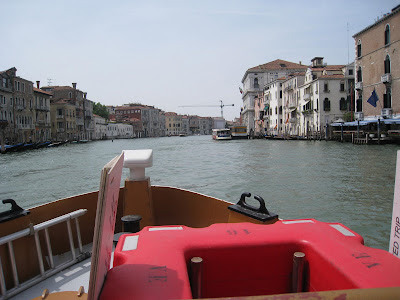 The rest of the day was spent finding the first seats in the water taxi,
and just cruising around the various waterways in Venice. 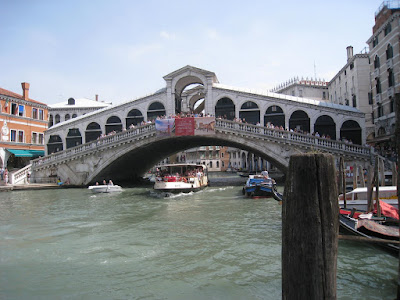 The Rialto Bridge.
It is one of the four bridges spanning the Grand Canal.

It is the oldest bridge and probably the most famous.
I had no clue that there was an existing legend,
until everyone was poking us to get into the action.
This legend is by far very popular. 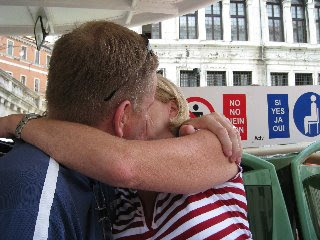 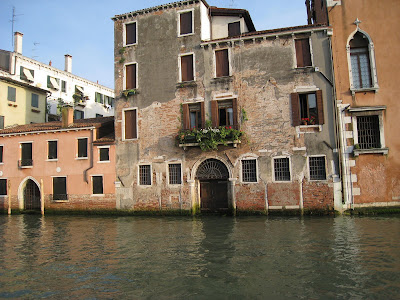 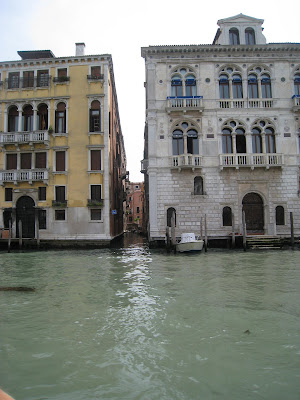 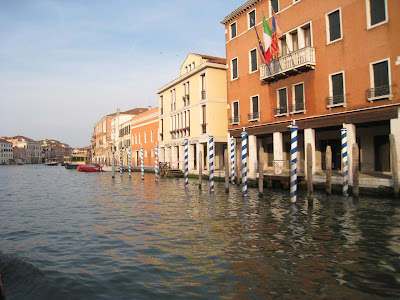 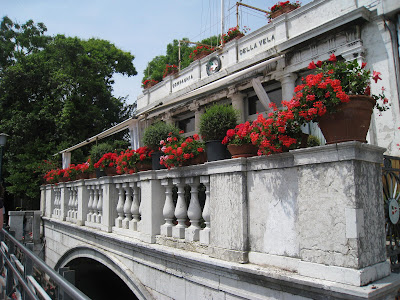 We enjoyed the warmth of the sun as we navigated our way
through the narrow waterways, enjoying the beauty of Venice. 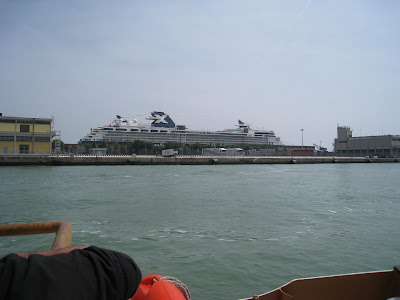 There in the distance is our cruise line,
Celebrity Cruise Lines were waiting for us.
This was such an exciting moment as we were now
ready to embark the ship for our 12 day Med-Cruise.