What? They Finished it All? 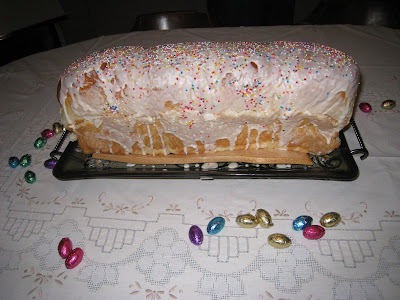 We had a Family dinner with the Schmidt Brothers.

I laid the Paska on the table and before I knew it.... 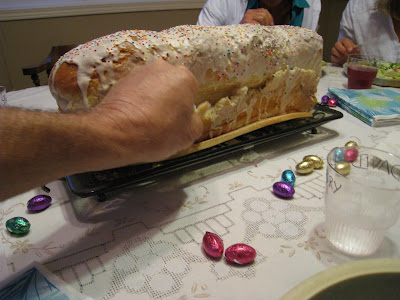 Arms were leaning over pecking at the sides.
(just like they peck at the middle of the watermelons) 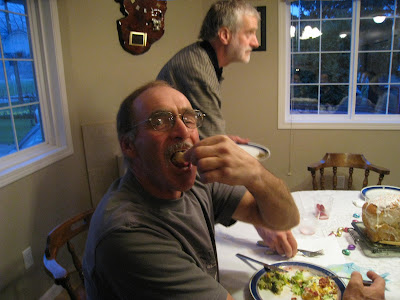 Those brothers were snitching pieces out of the freshly baked Paska! 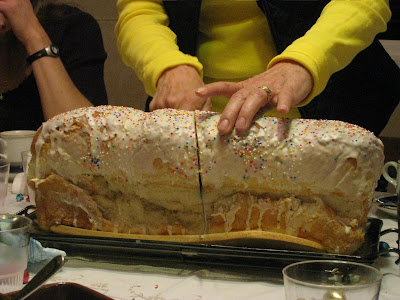 So I start the first cut!

It was so light and fluffy that it began to lean,

and so our engineer quickly and carefully

laid a mixing spoon or as some called it a "Schlaeff" under one side.

As I've state before, no body cares how it appears.

It's about the good times.

Someone will always be there to rescue you. 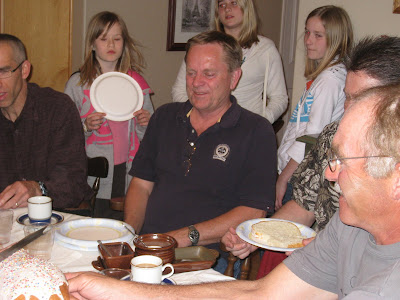 Before I knew it, they were all surrounded around the table,

waiting for their annual piece of Paska,

just the way our Mom would of made it. 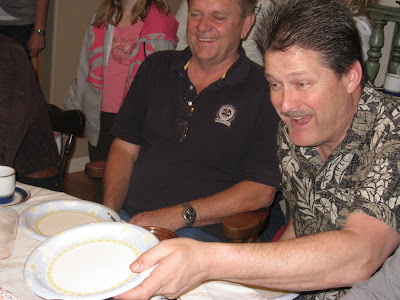 And they dug in eagerly! 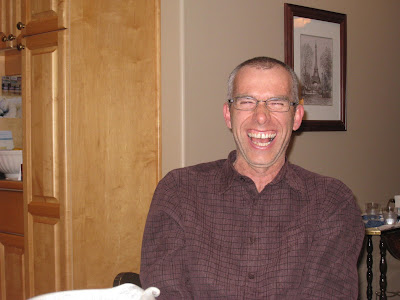 What's this big grin about Orly?

Only the Schmidt House will know.

I'm off to bake another Paska!!

It's to late to post on the MGCC Blog.

But it's so easy....
It's a true and tried recipe from my friend Laurie.

Make sure to keep the dough rather soft and sticky than too hard.
I learned that trick from Lovella's Easter Paska.
You can follow her step by step procedures.
Let rise for along time (2 hours)
Grease your pans well.
Let rise again on pans.
Bake at 325 degrees

Have a wonderful Easter my friends,
with family and friends,
recognizing that