What a Snow Day!

As you can only imagine!
December 24th became a memory maker for our family.
The young folk started arriving around noon, and they all agreed,
we needed to spend time in the snow like the olden days.
Church was canceled and so the activities continued.
We quickly made a search for all the outer wear
that is stored from year to year.
Yes, and there was
something to cover everyone, except me.
By the time I wanted to get dressed,
they had used my snow pants, tuke, and mitts.
This Mama was not staying inside to cook.

Nobody was concerned about being trendy for that day, just Fun! 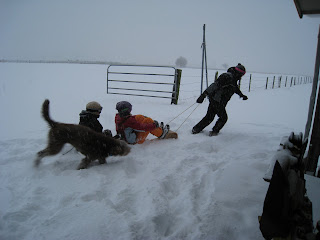 The afternoon started by pulling each other on our vintage toboggans.
It didn't take long until someone hollered.
"Dad, Hitch up the toboggans."
So out came the old Ford... 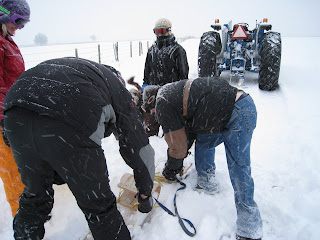 Hitched up the toboggans and away they went.
Laughing and screaming could be heard everywhere. 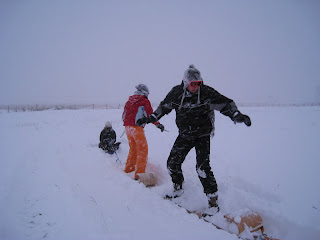 Standing, sitting, screaming, you name it.... 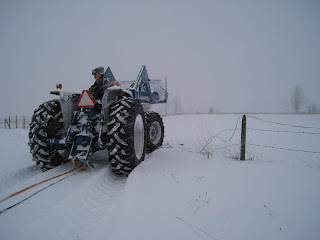 Until KRUNCH....
Only the sound of a motor in the stillness,
then a burst of laughter,
and the poor driver is turning around to see what happened,
watching the excitement from behind....

Guess who was caught up in the moment of time, and
thought he had wide open spaces?
Obviously he was watching the kids and he hit the fence.
That will be a tale sketched in their minds forever. 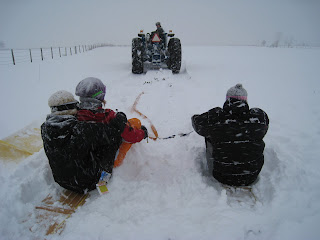 All was fine, until someone suggested......
Take a peak at the video. 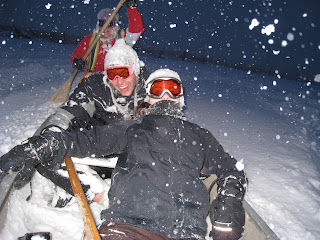 Sledding into the evening hours.
How fun!

Yes, it's for real!
Out came the old aluminum canoe, attached it to the tractor,
adult kids had life jackets and paddles.
Oh, my goodness, but oh how much fun. 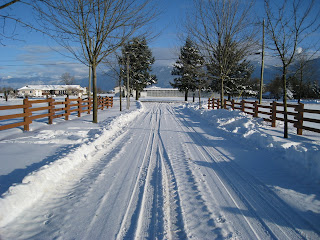 Christmas Morning dictated the activities of the day.
Rather than puzzling or playing games,
I put the turkey and stuffing in the oven,
and off we went up to Chilliwack River Lake,
looking for those steep hills. 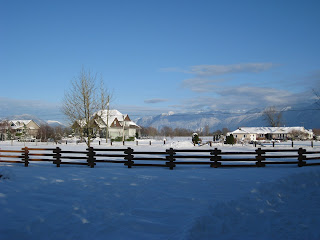 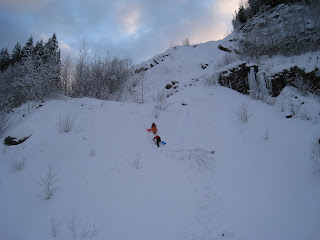 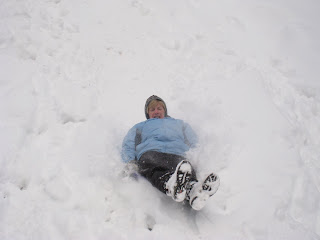 Even I, could not bear to be a spectator. 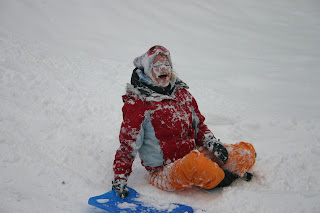 Many good laughs and spills. 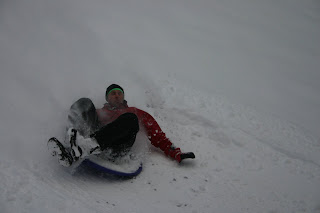 The faster, the better. 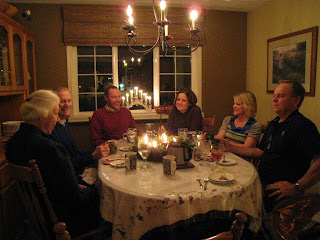 And at 5:30 we were already for supper.
I'm sure the angels were helping with all the supper preparations.
We will remember this Christmas in a very special way.
One Snowy Christmas!