Is Your Name Terry Fox? 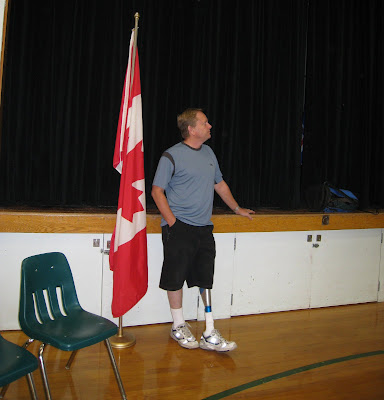 On Friday, this man was invited to be a guest,
in honor of Terry Fox, at one of the local school assemblies. 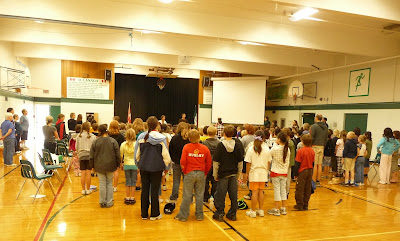 They began the assembly, by standing at attention,
while singing the National Anthem, O Canada. 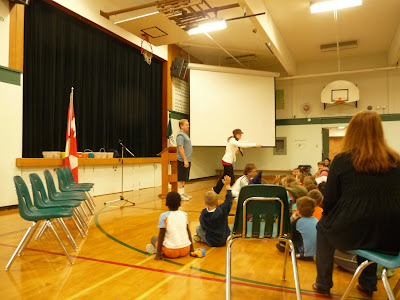 One young daring teacher made sure that before the assembly started, her father had already demonstrated the technology of the C-Leg to a class of 8 year olds.
This teacher, had invited him to share his story.

When he appeared on the school yard, children scrambled to meet him and asked sheepishly,
"Are you Terry Fox?"

What do they have in common?
They both have lost a limb. 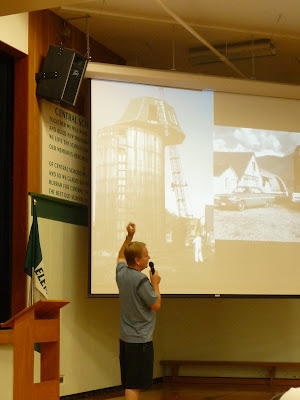 He describes his journey of loosing a limb through a farming accident.
Terry was only 18 years old, and John was 23.
Too young to be faced with challenges.
Both are known for their courageous battles in making a difference. 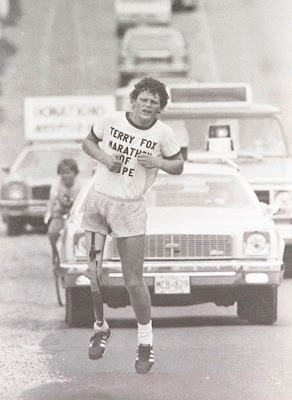 This last month, the community and schools have been celebrating the life of
Terry Fox, well known athlete, who raised over $400 million for cancer research.
Terry was only 18 years old when he was diagnosed with osteogenic sarcoma (bone cancer) and forced to have his right leg amputated 15 centimetres (six inches) above the knee in 1977.

He then endeavored to walk across Canada, starting from St. John's Halifax, to raise money for Cancer. By the time he reached Thunder Bay, Sept. 1, 143 days later, he told his family to take him to the hospital where they discovered that the cancer had returned and lodged in his lungs.
An entire nation was stunned and saddened. Terry passed away on June 28, 1981 at age 22.
But in his short life, he made Canada aware of his sheer determination to make a difference for the cause. 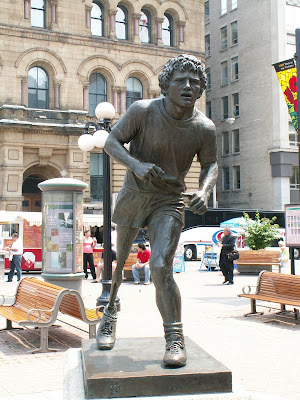 This statue is erected in Thunder Bay, Ontario,
honoring his Marathon of Hope.
His head is held high.
No efforts would defeat this young man.
The heroic Canadian is gone, but his legacy is just beginning.
It was a journey that Canadians will never forget.

For John, it's another day and he's thankful that he was able to reconstruct his dreams and continue farming. The Doctors told him that all odds were against him.
But his sheer determination gave him the will to live a life worthwhile.