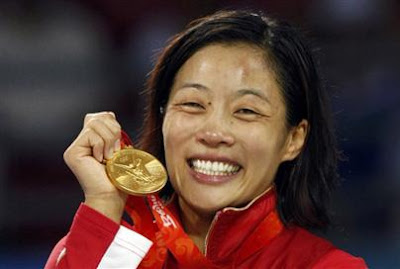 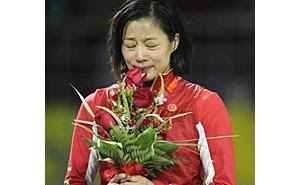 Carol Huynh (Canada) sheds tears
during the playing of the Canadian national anthem
after defeating Chiharu Icho (Japan)
to win the gold medal in the Women's Freestyle 48 kg.
Wrestling competition at the Beijing Olympic Games August 16, 2008.